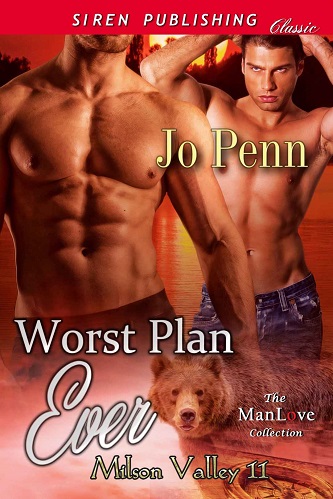 Blurb: This was his worst plan ever. Trent Sanchez was only going out for a coffee, just an afternoon break from all the responsibilities, and somehow he ended up a hundred miles away!

It was a mistake, a foolish act. He’d had a fantasy plan, not a real one, but here he was on the run with Billy, a plucky human who had nifty little concoctions that saved them from Renegades.

He wasn’t sure anyone could forgive him or would understand. He had a job to do, one that saved thousands of lives. But when innocents died and he found he couldn’t save everyone no matter how hard he tried, Tre faltered. Even his gift wasn’t working properly anymore and his beloved bear, Tredd Croggen, who he’d fallen for the moment they met, was gruff and annoyed with him. His head hurt and his thoughts were jumbled. Tre was lost, but he was fighting to get back what they’d had.

Review: Tre gets overwhelmed with everything and decides to off for a while without telling anyone including his mate Tredd.

Things are not as smooth as he would like when he meets Billy being mugged. The two then set off for an adventure. Tredd eventually catches up with them and they discuss the stress Tre’s been under.

I liked that Tre and Tredd talked eventually. Tre was under way too much stress and suffering for it. I felt he had no life to do what he wanted. Especially when everyone seemed to keep him under lock and key twenty four seven. Billy was sweet yet knew how to hold his own in a fight for a human.