Hi guys! We have Kim Fielding and F.E. Feeley Jr. stopping by today with the tour for their upcoming release Hallelujah we have a fantastic guest post, a great excerpt and a brilliant $20 Amazon GC giveaway so check out the post and enter the giveaway! ❤️ ~Mel~ 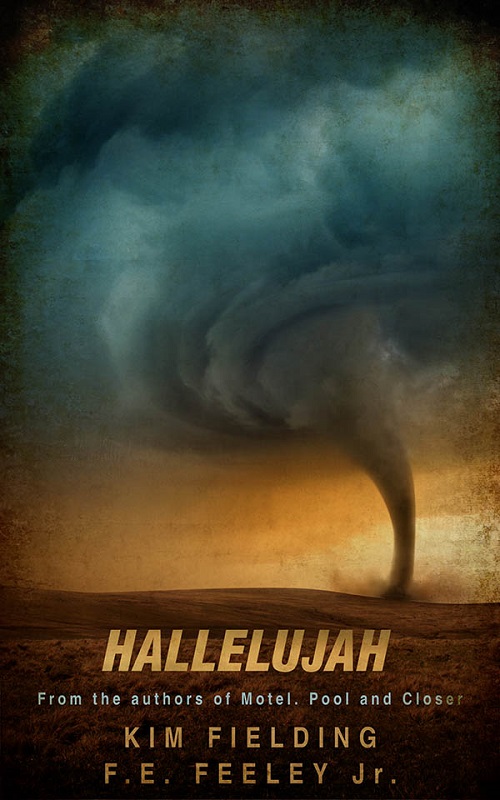 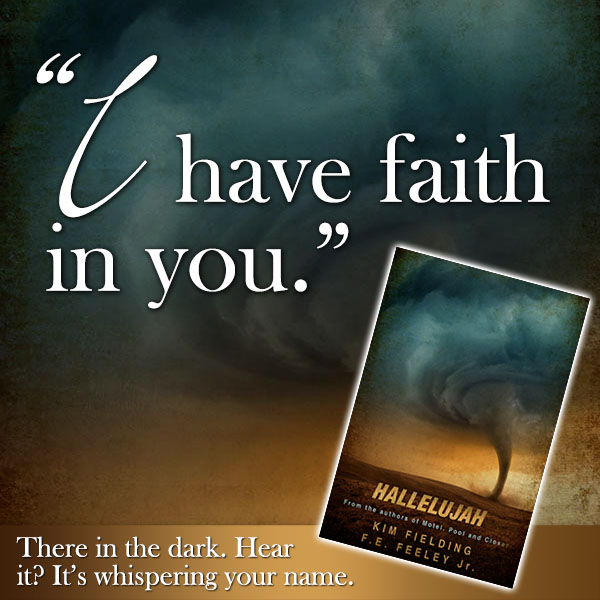 Leonard Cohen wrote a song years ago called Hallelujah. You’d have to be an Amish Farmer to have not heard some rendition of this song sung so many times by so many different people it almost makes me cringe when I hear it come on the radio. It has become a standard ballad in the American Song Book and lord have mercy, it’s been sung to death.

But it’s there and a version or a few versions I love due mostly because of a tender place in me that has a fond memory associated with that song. The primary one I love is by K.D. Lang – because…that voice…and by Jeff Buckley because of the arrangement was sublime.

If, by chance, you were an Amish person or lost on a desert island for an appreciable amount of time here is a link to the K.D. Lang Version and the lyrics. Go ahead and listen. I’ll wait.

Anyway, for me, the premise of the song is about things falling apart whether for you it’s love, or family, or relationships, or what have you – it’s about the end of something, maybe the end of innocence?

Kim and I wanted to encompass those themes in the book regarding a man starting over. Since music is so supernatural anyway, we decided to spin it into a horror novel and compare and contrast what is and what should be. So, while the book is hopefully entertaining and makes you jump and scares the crap out of you, we wanted it to be very relevant to the times and portray the battle of the light and the dark.

So, we brought our worlds together. The world of Kim’s Motel. Pool and my Memoirs of the Human Wraiths to start something new. A spin off. A new series.

But before I get ahead of myself. I want to introduce you to the blurb.

Joseph Moore, choir director for the First Baptist Church of Lenora, Nebraska, has secrets of his own.

Terrible, lonely secrets. One that involves natural human desire. One that calls forth powers he

cannot begin to understand. Both with the power to destroy him and those he loves.

Now the world is changing. The darkness, the shadows, the ghosts, are closing in—and Joseph and his

lover, Kevin, are being stalked by a merciless demon, hell-bent on possession.

See ya in the dark. 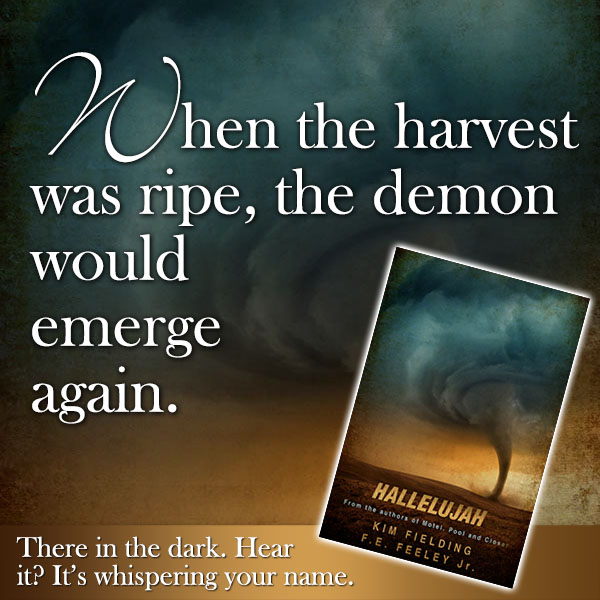 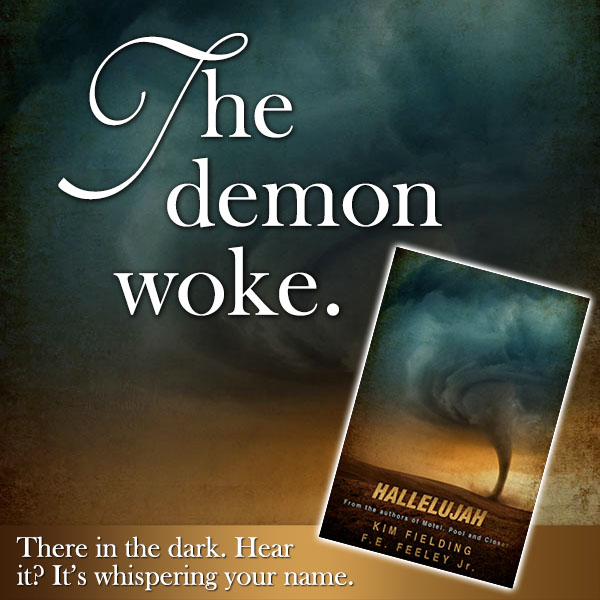 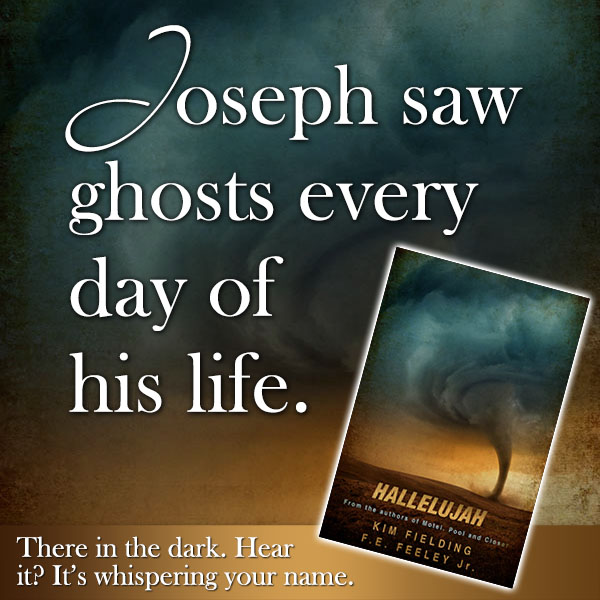