Hi guys! We have Jack Harbon stopping by today with his new release Just One Night, we have a great excerpt and a brilliant $10 NineStar GC giveaway, so check out the post and enter the giveaway! ❤ ~Pixie~ 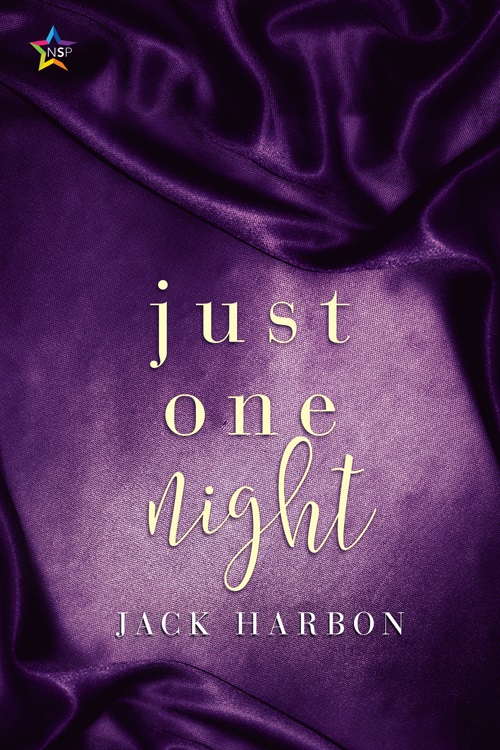 Twenty-something love and romance “expert” Cam is having a bit of a hard time. Not only is his ex-girlfriend shamelessly showing off her new boyfriend online, but his boss is breathing down his neck about writing something more interesting than “23 Chick-Flicks to Watch when You’ve Been Dumped.”

It isn’t until a sizzling night with a stranger that Cam comes up with something new to write about, and to his boss’s surprise, readers love it. The problem? Cam has to make sure he has enough sexy, steamy experiences with this stranger to keep the fans happy. He’s in a tight spot, and not necessarily the good kind!

This was the fourth shirt Cam had tried on, and nothing looked right. He grumbled and balled up the T-shirt, tossing it to the floor. On the bed, his friend Zara lay watching him and giggling to herself. She tilted the bottle of champagne and emptied it into her glass.

“I’m not! I told everyone at work I was going to get laid tonight, and people have actually started betting on me.” Of all the employees at Indulgence, he was the most inexperienced, and his promise to hook up with someone during their stay at the resort was something most of his coworkers had to see to believe.

“People are betting on your virginity?” Zara snorted.

“You know I’m not a virgin. Me and Veronica used to do a lot of shit together.” He’d been with Veronica for two years, and they’d experimented every now and then.

“Yeah, before she cheated on you with some dollar-store version of you.” As much as he hated talking about his ex, the anger Zara had on his behalf was comforting. It was nice knowing there was someone in his corner who shared his disdain for the same people.

Cam buttoned up a gray dress shirt and ran his hands over the soft material. “What do you think about this?”

Cam slipped them free and looked back at the mirror. His tan, freckled chest made the shirt look even better. “This is perfect.” Paired with his black slacks and sleek dress shoes, he looked ready for a party just as much as he did a business meeting, albeit a sexy meeting.

“Are you ready to go? Nicole and Sharon are downstairs waiting, and the boys already went to the lounge with Jess.”

He sighed and grabbed his jacket. “Yes, yes, I’m ready.” On the way out of the hotel room, he clicked off the light.

They found Sharon and Nicole in the lobby of the resort, chattering away and taking multiple selfies. When they saw Cam’s shirt, they snickered.

“You’re going to get someone pregnant in that look,” Nicole said. Sharon nodded and then reached forward and ruffled Cam’s blond hair until it looked stylishly messy.

“Now he is,” she said, pleased with her work.

Cam draped his arm over Sharon’s shoulder and steered her to the front door. “C’mon, let’s not keep the driver waiting any longer.” Jack is your typical eccentric college student, writing stories much more interesting than his real life. If he’s not writing, he’s either reading books about magic girls, watching shows about blackmail and murder, arguing about politics/social justice, or baking coconut macaroons.