Hi peeps! We have Lane Hayes popping in today with her new audio release Leaning Into The Look, we have a great excerpt and a fantastic $25 Amazon GC giveaway so check out the post and enter the giveaway! ❤ ~Pixie~ 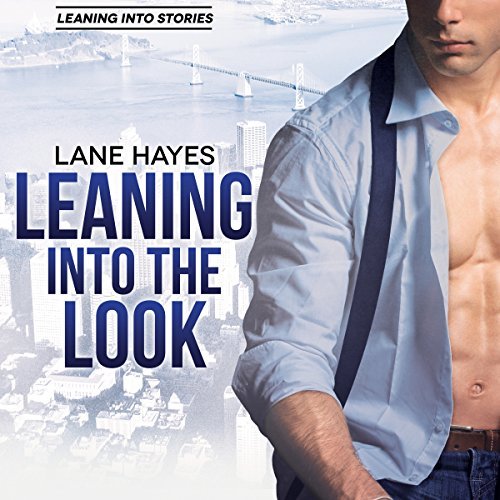 Leaning Into The Look

Grant Kostas made a career based on his looks before joining his family’s real estate firm. He may not love his job but he’s better at sales than he thought. And when he’s poised to bring in the biggest account of the company’s history, even his father is impressed. Unfortunately, the extra attention highlights Grant’s personal life. His parents accept that he’s gay. They just wish he’d meet a nice Greek man.

Miles Harrison is a fabulous red head going through a rough patch. Between getting dumped by his long-term boyfriend and finding a new place to live in the city, he’s nearing his wits end. He’s not sure why he thought rooming with his boss’s friend was a good idea. Miles has had a crush on Grant for years. However, he knows attractive people aren’t always pretty on the inside. As the two men grapple with external problems, they form an unexpected bond of friendship and trust that feels like the real thing. The only way to know for certain is to let go of fear and lean into the look. I stopped short when we reached the other side of the street and then backed him against the brick façade of a bank building and pressed my lips over his. It was a bold move and not one I’d ever tried on any man in public before. But I couldn’t help myself. It felt oddly freeing to share one of the bleaker parts of my past with him. I wanted to thank him somehow but that seemed awkward so I kissed him instead. I held his head and glided my tongue alongside his, loving the moment when he flung his arms over my shoulders and responded with fervor. When we broke for air, I rested my forehead on his and grinned.

“Your ass is pretty spectacular too, Mi.”

He chuckled good-naturedly. “Thanks.”

“No really. I think I’m love with it.” I lowered my hands down his back and squeezed his cheeks as I molded his pelvis to mine.

“That’s kind of romantic. But if you’re thinking about falling in love with me too…don’t.”

I backed up slightly to get a better look at him. “Okay. I won’t.”

“Pinky promise.” He held up his right hand and wiggled his fingers.

“What makes you think you’re so irresistible?” I asked, wrapping my pinky finger around his.

“I’m not and you’ll figure it out sooner or later. But I like you and I want you and…”

“And what you’re really saying is you don’t want to fall for me.” I kept my tone light, hoping a jocular vibe would steer us from turning this into an uncomfortable conversation.

“No. Listen. Don’t make this into a big deal. It’s not. We’re going to have a grand adventure. Just me and you. We’ll do incredible things and have amazing conversations and lots of sex. And when it’s time to say good-bye, we won’t ruin it by pretending we were ever in love. What do you say?”

Nothing. I had nothing to say. All I could think was maybe he really was crazy because who said shit like that?

But when I looked past the lighthearted swagger I saw the cracks in his armor. He was scared and battered and raw on the inside. Kind of like me. And somehow I had a feeling it wasn’t an ex-lover that made him so cautious. I only knew he was right. We were a couple of oddballs who unexpectedly found ourselves inhabiting the same circle. Temporarily.

But love? I should have walked away. Or at the very least, laughed at his wild leap. Instead I cocked my head and squinted. “What kind of adventures?”

Miles grinned. A slow-moving, gorgeous upturn of the lips that morphed into something celestial. He literally took my breath away. I hoped the dizziness faded before I gave him a reason to think it was a good thing he’d issued a warning about getting too attached.

“All kinds! We’ll turn this town upside down being one hundred percent ridiculous.”

“Okay…” I gave a half laugh and pushed a stray lock of hair behind his ear. “What do you have in mind? Dancing, parties—”

“No. More like Trivial Pursuit marathons, Netflix binge-watching fests in our Pjs, the compare and contrast game and—”

“Don’t worry. We’ll have fun. You’ll see,” he assured me earnestly as he laced our fingers together and pulled me away from the wall.

I glanced down at our joined hands and briefly thought about joking that he should be careful about giving me mixed signals. But I knew my limits. My comedic timing was crappy and the last thing I wanted was to push him away. I might not love Miles but I liked him. A lot. And holding his hand while we wandered through town under a sea of rainbow flags on a random Sunday felt special. The way new beginnings sometimes did. One thought on “Leaning Into the Look by Lane Hayes Audio Release Blast, Excerpt & Giveaway!”