Hi guys! We have H.J. Perry stopping by to show off the cover to her upcoming release Rescued from Paradise, and to celebrate H.J. has a fantastic giveaway, so check out the post and click that giveaway link! <3 ~Pixie~ 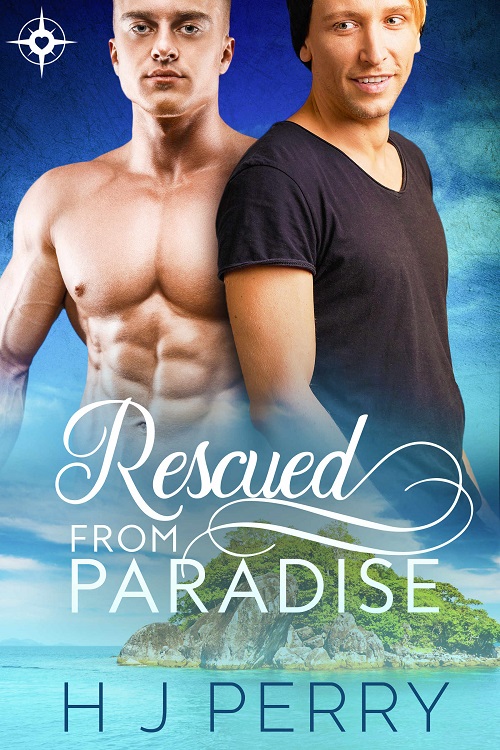 Mr. Don’t-Touch-Me Wade O’Rourke wouldn’t dream of something so pedestrian as living off the land. His family is monied, and formal. Taking his place in his uncle’s company is the thing to do— never mind that he hates his life, and he has reasons to hate his uncle, too.

When Wade and Adam meet on an airplane they don’t quite hit it off. But they’re the only two survivors of a crash landing on an island paradise, they have to join forces to survive.

Will Adam take a chance on love with the seemingly straight man? Underneath Wade’s business suit, which he once wore like armor against intimacy, is a hard body and a tender heart.

A man damaged by his homophobic upbringing.

Steamy man on man love action and a happy ending. Win one of three ebooks from HJ Perry’s Backlist!