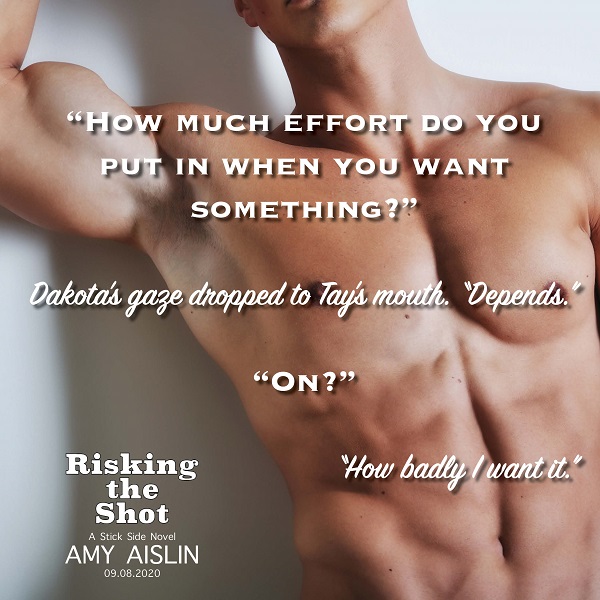 Hi guys! We have Amy Ainslin popping in today with the cover to her upcoming release Risking the Shot, there’s also a Goodreads giveaway so check out the post then enter the giveaway!❤️ ~Pixie~ 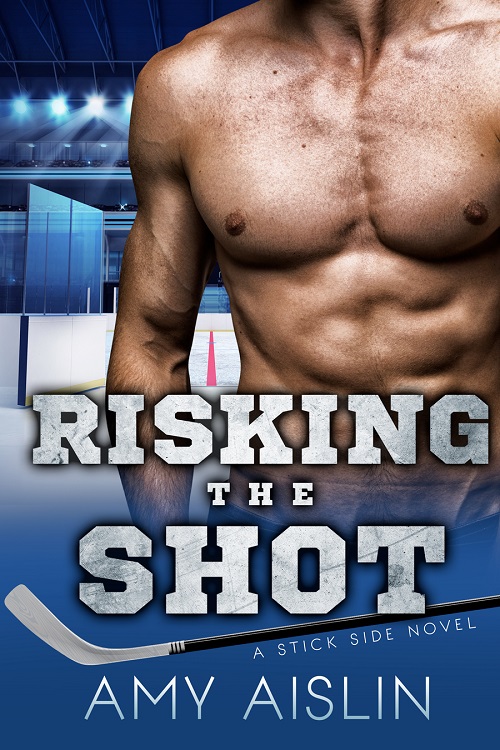 A chance at making the playoffs? It’s a dream for NHL forward Taylor Cunningham that just might come true. If he can keep his eyes on the ball—ahem, puck. And study for midterms. Dakota Cotton, eleven years his senior, isn’t just a distraction, though—he’s everything Tay’s ever wanted.

Dakota has no interest in introducing someone who might not stick around to his four-year-old son. Been there, done that, with the divorce to prove it. But there’s something about Tay that hits all of the right buttons and has him wanting to take a chance.

As things heat up between them, and the pressure to succeed hits an all-time high, will they risk a shot at happiness or choke? 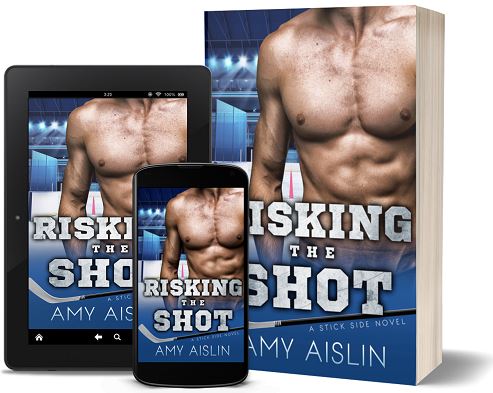 Enter the giveaway on Goodreads for a chance to win one of five signed copies of Risking the Shot.
(Unites States and Canada only. (Sorry, international readers! Goodreads doesn’t allow for international giveaways).)