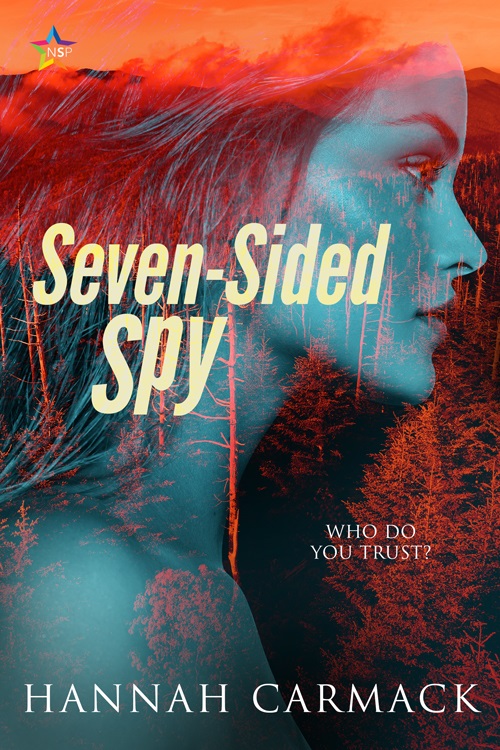 Shortly after midnight, the mood in the Nightmare Café finally calmed down. Duke Ellington’s “Warm Valley” spun out softly from a late-night telecast. Couples on the dance floor swayed and glided like figure skaters on air. Dresden sat stiffly in a red booth at the back of the place, a newspaper lay out in front of him so his watching would not look conspicuous. He admired the gentle crane of lovers’ arms, the way eyes locked and spoke a language known only to two, and the faintest hint of a smile as it pulled at a woman’s lips. The dancers stepped so carefully, as though nothing else in the world mattered, but Dresden’s old-time fantasy cut out at the fading of piano keys and the familiar howl of Buddy Holly’s voice coming from the radio as the dance floor flooded. Music like this was fine, but it did not captivate Dresden the way a ballroom waltz did. It was then that a woman’s hand grazed the top of his shoulder.

“Come on, Dresden.” Her voice sounded like honey, sweet and slow flowing.

He waited for the café’s door to close behind her, before getting up and following her out onto the cold, barren streets of DC. He took one last glance at the dancing ensemble as he left.

Outside on 22nd Street, she waited. Her name was Hera, and she was a goddess amongst men. With cascading pin curls the color of wheat and full apple cheeks that dimpled when she smiled, she radiated beauty. Her laugh could steal hearts. Her talent was unmatched. But these facts made her no less parasitic to Dresden. When they were together, he did not offer any warmth or words. Instead, they waited in silence. The only acknowledgement of the other’s existence came when the woman leaned back against a street-parked car and lazily held out a pack of thin cigarettes to him. Dresden considered the offer for a moment, but shook his head, deciding against it. She shrugged, lit one for herself, and continued to wait.

Finally, the man their evening hinged on showed up. He was short and scrappy-looking, with a swarthy tan and a sloppily tucked button-up. He came from the back of the café, talking to Hera and Dresden even though they were clearly out of earshot. Eventually, he got close enough that Dresden could make out what he was saying.

“And you two are just standing here like a couple of damn pariahs!” The man’s face lit up brilliantly with a grin. Any tension between Dresden and Hera dispersed for the time-being.

“Are we good to go?” Hera asked. “Is everything done?”

“Good as gold, but not if you two keep skulking out here.” The man turned to Dresden expectantly.

There was another lull of silence as Dresden stared back at him with a blank expression. Things were starting to get uncomfortably quiet when it dawned on him. “You have the keys, Niccolò,” Dresden said. “That’s why we’re standing outside the car.”

“Oh! Ha! Guess that means this one is on me.” Niccolò snorted as he rummaged through his pants pockets, first pulling out some lint, then a bottle opener, and finally their keys. “There we go.” He stepped around to the front of their car. It was a 1962 Corvair with a black exterior and cozily lined seats. “Let’s book,” he ordered as he slid into the driver’s seat

Hera waited, not moving an inch until Dresden pushed the seat forward and crawled into the back. She never settled for anything less than shotgun.

“How did it go?” she asked as she climbed into the passenger’s side.

“Well enough for the rookie team to take it back over.” Niccolò turned the ignition and then pulled into the road.

“Isn’t that keen.” Hera sighed, obviously discontent. She rested her hand under her chin and propped her elbow up on the windowsill.

Niccolò spoke with an undeniable amount of sarcasm, “Clean-up crew not all you dreamt it to be, beautiful?”

“Don’t you think it’s just a little bit ironic? The CIA has only, what…six or seven female agents and one of them is stuck on cleanup. It’s 1963! You think we’d be past this.” Hera curved her lips into a warm smile. Niccolò and Hera shared a coy glance that was quickly cut short by Dresden.

“It is not ironic when the female agent put herself there in the first place,” Dresden said.

Every muscle in Hera’s face started to change.

“Honestly, I quite like it here,” he added. “I was hoping we would possibly elect to extend our assignment.” Hoping and possibly were added to create the illusion of choice. He had no intention of leaving the States again.

“The work may be easy, but it’s unfulfilling, don’t you think? We’re making no difference here in DC. Your talent and fine attention to detail would be better utilized in the field.” She spoke fairly, showing no sign of bias. “Besides, we’re not even here on a certified assignment, Dresden. You know that.”

There was a slow calmness about the exchange that set the group on edge. Niccolò tightened his grip on the steering wheel. White-knuckled, he cleared his throat. “So did you guys eat at the diner? Their pierogis were not that bad. I had this one filled with a raspberry coulis. Just heavenly. Delectable really. All that and more. The best pi—”

“Of course, I could not forget that, Hera.” Dresden ignored Niccolò’s plea for normalcy. “I know we are here on punishment. A punishment which was grossly short for the offense.” Dresden turned his attention out the window so he didn’t have to make eye contact with Hera, who was now fully turned in her seat and staring him down.

“What was that?” She offered him a chance to recant.

“Here, let me clarify,” Dresden said with such a dangerous control that his voice did not once falter in staring down his superior agent. “I am talking about when you exaggerated your clearance level, took advantage of a security breach, and then pinned it on Niccolò and me. Now, to verify the aforementioned, I feel like three months’ cleanup crew was a pretty lenient punishment.”

“Man!” Niccolò shouted, trying to drown out the two of them. He banged his fist on the steering wheel. “Are we all still on this? Are we still arguing about whose fault the security breach was?” He sounded deceptively joyful. “Because you know what, we can put it on me and lay this whole argument to bed.” Niccolò let out a wheeze of uncomfortable laughter.

“What Hera did was crooked, and she knows it.” Dresden shook his head.

Niccolò cut in again, not letting Hera work a word in edgewise. “And when you steal from dukes and I lie to holy men, it’s crooked, too, but we keep going. That’s the job. Intelligence work relies on deception.” Niccolò pulled the car over to the side of the road, sweat building up on his forehead. He leaned in close to his partners and made large exaggerated gestures with his hands. “I can’t take you two aping out all the time. We are a team. An incredibly successful team, at that. Arguably one of the CIA’s best teams. With one of the CIA’s first and finest female agents. The breech is in the past. Let’s just move on from it. I cannot handle being in the middle of you two, especially while driving!”

Dresden didn’t allow an inkling of silence. “I can’t see you like this, Niccolò.” He turned to Hera. “Let me out. I’ll walk from here.”

“No, Dresden, it’s fine. I’ll drive us. I just want the situation here to simmer down before I start driving again, or we’ll all end up in the hospital because I will have an aneurysm on the parkway, and that’d be a drag.” Niccolò sassed, looking to and from his partners as though trying to solicit some kind of empathetic response, but they’d have none of it. “Anyway,” Niccolò segued, “we just had a pretty golden mission back there and we did it as a team. We were all on board and we made something amazing happen because of it. Why don’t we go back to that moment and get drinks or something? Celebrate a bit.”

“I am just expressing my desire to stay in DC.” Dresden unbuckled from his seat. “Hera, if you would please. I’d like to leave.”

Eyes wide, Hera’s glassy gaze turned to Niccolò. At first, Dresden didn’t understand what was going on. Once he realized what she was doing, he was disgusted. She was waiting for permission. Like the thirty-some-year-old killer needed the go-ahead from her boyfriend-of-the-month to let him out of the car.

Dresden spoke again. “I will make you both move if I am not out of this car in the next ten seconds.”

Niccolò ran his hands through his hair and relinquished with a sigh. “You may as well let him out.” Niccolò dramatically collapsed onto the steering wheel. “Once he’s set, he’s set. That’s just him. Such a Dresden thing to do. Go on. We’ll see you in the morning. Same time, same place as always, right?”

Dresden smiled, although there was no warmth to it. “As always, Niccolò.”

Hera opened the passenger side door, slid out, and then allowed for Dresden to step out onto the sidewalk.

As he stood there looking at her, luscious blonde curls blowing in the breeze, she spoke, “I do hope we can have peace, Dresden. Please understand that what’s done is done, and all I did was the best I could. He’s forgiven me. Can’t you?”

“He couldn’t be mad at you even if he tried,” Dresden hissed.

“Because I won’t let him?” Her face remained relaxed. “I am tired of having this same conversation with you, Dresden. You need to fall in line.”

“I am tired of you manipulating and lying to get what you want, but it looks like we’ll both have to settle for the night.” Dresden gritted his teeth into a grin and then quickly turned and walked away. Hannah Carmack is a writer and spends most of her time connecting reluctant readers and bookworms alike to the world of literature and science. Although living with an auto-immune disease is difficult, she finds power in using her writing as a way to convey the world that people with disabilities live in to people who may not fully comprehend it. Her debut novel, Seven-Sided Spy, will be hitting shelves this January with NineStar Press.