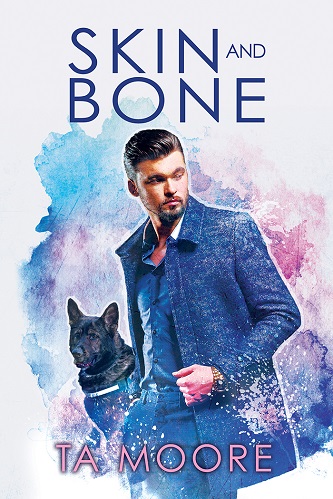 Blurb: Cloister Witte and his K-9 partner, Bourneville, find the lost and bring them home.

But the job doesn’t always end there.

Janet Morrow, a young trans woman, lies in a coma after wandering away from her car during a storm. But just because Cloister found the young tourist doesn’t mean she’s home. What brought her to Plenty, California… and who didn’t want her to leave?

With the help of Special Agent Javi Merlo, who continues to deny his growing feelings for the rough-edged deputy, Cloister unearths a ten-year-old conspiracy of silence that taps into Plenty’s history of corruption.

Janet Morrow’s old secrets aren’t the only ones coming to light. Javi has tried to put his past behind him, but some people seem determined to pull his skeletons out of the closet. His dark history with a senior agent in Phoenix complicates not just the investigation but his relationship with Cloister.

And since when has he cared about that?

Review: Cloister and Javi both have issues that they deal with on a daily bases. I liked these two together as it seemed they both needed the others help at times. Javi is injured and decides to invite Cloister over because of it. The men closer as the story deepens.

Although I did enjoy this addition I felt there were too many unanswered questions left at the end. I wanted more about the murder/mystery going on and what the details were surrounding it. This story focused more on Javi and Cloister’s issues rather than the mystery at times which was fine but I wanted a balance.

Never the less it was still an entertaining and engaging read and I have to hope the unanswered questions will be answered at some point.