Hi guys! We have J. Scott Coatsworth popping in today with the stunning cover to his upcoming release Spells & Stardust, we have a great excerpt and a brilliant $20 Amazon GC giveaway, so check out the post and enter the giveaway! ❤ ~Pixie~ 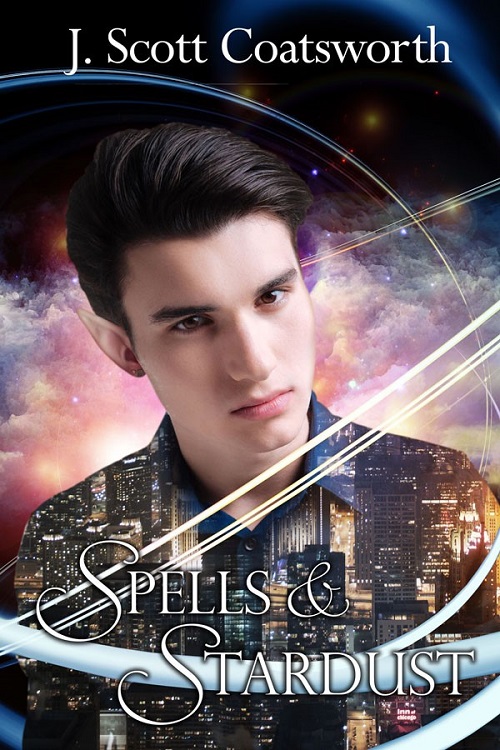 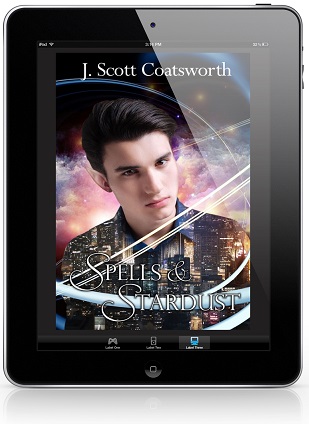 From “A New Year”

The edge of the old cement pediment crumbled away beneath Hank’s feet into the river far below, glistening in the light of the almost-full moon. The bridge railing was cold at his back—he could feel it all the way through his jacket and shirt to his skin. He could see his breath glowing in the night air.

The nearly-frozen water rushed by in the river below, flowing under the bridge behind him and on toward the ocean far away in a steady flow, silver in the moonlight and heavily laden with winter rain. As soon as he gathered his courage, Hank would let go of his grip on the railing and fall into those icy waters, to disappear forever from the world of men.

It was New Year’s Day, 1986, an hour after midnight, and it was the end of things for Hank.

Or it should have been.

It was also the night he first met Dale.