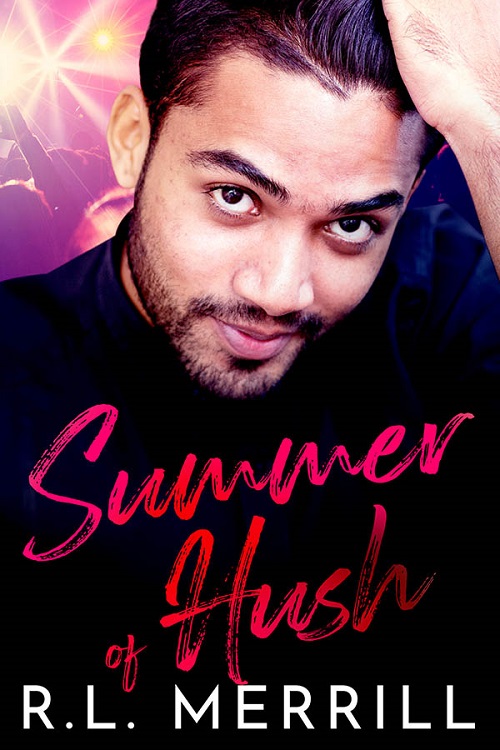 What if it’s not enough?

Krish sat in his bedroom. His last final was this morning, meaning he’d unceremoniously finished college. He came straight home from school to start his new adventure. But before the insanity started, he had something very important to listen to—an album he’d been waiting two whole years to hear. The band was Hush. The album, Sunrise, was their fifth studio album since their founding in 2008.

It would break his heart to give a negative review to his favorite band. His alter ego, the Guru, was known for his brutally honest metal reviews. He had a million subscribers on his YouTube channel, where he posted weekly animated shows, five hundred thousand Twitter users who followed his musical and political rants, and his blog posts were often mentioned on such popular sites as Metal Hammer, Loudwire, and even HuffPost. He owed his readers an accurate review, even if he was conflicted.

What if losing their guitarist meant the end of Hush? He’d loved them since his brother introduced him to music—specifically metalcore—and though he loved them best, he tried to be impartial to all of the bands he reviewed, from live performances and new albums to whatever he felt the need to riff on.

And then there were his posts about social issues, namely mental health and the LGBTQ community. Those tended to get really personal, and after Gavin West committed suicide, his love of music and his personal life intersected. The blog he wrote about Gavin’s death was his most viewed ever and the one he almost didn’t post.

“Krish, darling, did you want anything to eat? You didn’t have lunch, sweetheart. I am worried about you.”

Krish’s mom stuck her head in his room and found him in the same position—earbuds in, finger over the button, and holding his breath.

“Is it the new album from Hush?”

His mom patted him on the shoulder. She knew how devastated he had been by the death of one of his favorite musicians nearly two years prior. She’d cried alongside him, just as she had a year before that when they lost his brother.

“Whatever they’ve done, it will be beautiful. They’re talented boys.”

Krish smiled up at his mom. How he managed to land the coolest Indian mom on the planet was a mystery he’d yet to solve. She indulged his every passion, from music to politics to books and his guilty pleasure, video games. Her own childhood had not been so free, so she was determined her boys would be able to do whatever they wanted with their lives. For Vivaan, that meant joining the Marines after college. For Krish, it meant a career in music journalism, and now that he’d finished his degrees, he was anxious to get started.

“Have you finished packing?” she asked him.

Krish swallowed hard. Warped Tour. The other benefit of his blog was that he’d caught the attention of Alt-Scene magazine. Their assistant to the editor in chief had arranged for Krish to join the tour. He’d remain anonymous and only the tour office manager would know who he was and why he was there. To everyone else he was just her intern. He’d post his blog as usual but also work on a piece for the magazine. If the magazine liked how he covered the tour, there was a full-time position waiting for him at the end of it.

“Mostly. Jake’s not picking me up until Friday morning. That means I have one more day to stress over what I can and can’t fit into the one duffel bag I’m allowed to bring on the bus.”

She smiled at him and tugged on his shaggy curls. “A whole summer on a bus. I hope you made room for air freshener and hand sanitizer.”

“There will be women on the bus. I’m sure between them they’ll have something that smells nice.”

“It’s been wonderful having you home,” she said, her voice softer. “I’m going to miss you.”

“I’ll miss you too, but it’s only two months,” he answered. Krish had moved home when they received the devastating news about his brother, and he’d commuted to UC San Diego for the remainder of his time there, needing to be near his parents as they all worked through their grief. Now that he’d graduated, it was time to start the next chapter in his life, and he’d been given the opportunity of a lifetime.

“The first two months of the rest of your life. This is an exciting time for you.”

He heard the tears behind her voice. He couldn’t look at her or he’d be lost.

“I wish he were here,” Krish said quietly. His brother should be having his own adventures while cheering on his little Guru. But Krish was on his own now, and it was time to think about not only starting a career and leaving the nest, but standing on his own without his biggest supporter.

“I’ll come down in a second.” Krish hugged her waist and exhaled a shaky breath.

“I’ll heat up some dinner.”

“Is there any of that tandoori chicken left?” he called to her.

“I’ll heat some up for you. Don’t get lost up here. Just push Play.”

She totally understood him. “Thanks, Mom.” R.L. Merrill brings you stories of Hope, Love, and Rock ‘n’ Roll featuring quirky and relatable characters. Whether she’s writing about contemporary issues that affect us all or diving deep into the paranormal and supernatural to give readers a shiver, she loves creating compelling stories that will stay with readers long after.

Winner of the Kathryn Hayes “When Sparks Fly” Best Contemporary award for Hurricane Reese, Foreword INDIES finalist for Summer of Hush and RONE finalist for Typhoon Toby, Ro spends every spare moment improving her writing craft and striving to find that perfect balance between real-life and happily ever after.

She writes diverse and inclusive romance, contributes paranormal hilarity to Robyn Peterman’s Magic and Mayhem Universe, and works on various other writing and mentoring projects that tickle her fancy or benefit a worthy cause.

You can find her connecting with readers on social media, educating America’s youth, raising two brilliant teenagers, trying desperately to get that back piece finished in the tattoo chair, or headbanging at a rock show near her home in the San Francisco Bay Area! Stay Tuned for more Rock ‘n’ Romance.