Hi guys, we have debut author Barbara Bell stopping by today with her debut release Cutie Pies, we have a brilliant guest post from Barbara, a great excerpt and a fantastic giveaway where you can win your own ecopy of Cutie Pies, so check out the post and leave a comment to enter the giveaway! ❤ ~Pixie~ 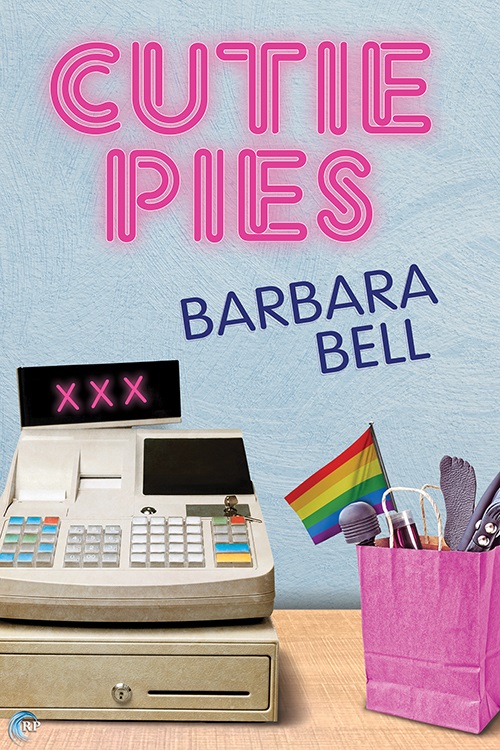 Joey works at Cutie Pies, the smallest adult store in Sydney. After his parents kicked him out years ago, the haphazard shop became his home away from home and is the only place where he can embrace his queer, quirky, and—okay—sometimes a little awkward self.

Joey can’t stop thinking about him, and Mick’s continued visits to the store make him even harder to forget. Mick is shy and sweet, but also secretive and uncertain. As the two grow closer together, Joey starts to wonder what Mick really wants from him, and whether he can risk falling in love with someone who might not be free to love him back.