Hi peeps! We have J.M. Dabney stopping by today with the blog tour for her latest release Joker, we have a great excerpt and a brilliant giveaway so check out the post and enter the giveaway! <3 ~Pixie~ 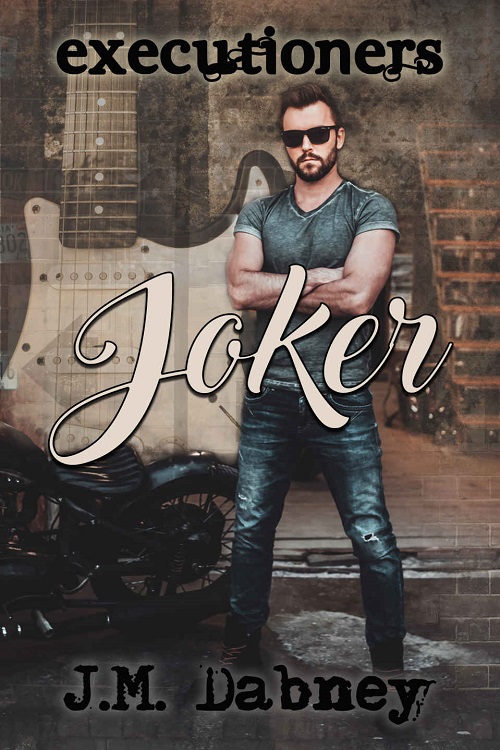 Joker, what a misnomer, but Jackson Webb’s friends were idiots. He’d joined Executioners almost three years earlier after the lead singer King caught him playing his guitar behind his garage. It broke up the monotony of his life, but once he got bored, he’d move on to another distraction. He wasn’t nice. He sure as hell wasn’t friendly. He was what he was, his friends handled his attitude and standoffish nature just fine. At thirty-eight he was pretty sure he was too stuck in his ways to change shit now.

Demetri “Dem” Urban was settling into a new life in the middle of nowhere. Okay, he was hiding from everyone in a kitchen as far removed from his five-star kitchen back in New York as he could get. Gideon invited him to stay with him and his wife for a while just until he could get everything back on track. He didn’t see it happening, but he had to admit the scenery wasn’t bad even if the man had the personality of a rabid, man-eating bear. Dem did like a challenge and that fit Joker Webb perfectly.

Author’s Note: This story contains scenes of a violent nature, mentions of rape and torture (All off page from characters pasts) and severe abuse. If you, as a reader, find this objectionable or triggering in any way, you can skip this story without losing the transition to the next book.