Hi guys! We have the amazing Megan Derr stopping by today with her new release Fighting For You, we have a great excerpt and a fantastic NineStar GC giveaway so check out the post and enter the giveaway! ❤ ~Pixie~ 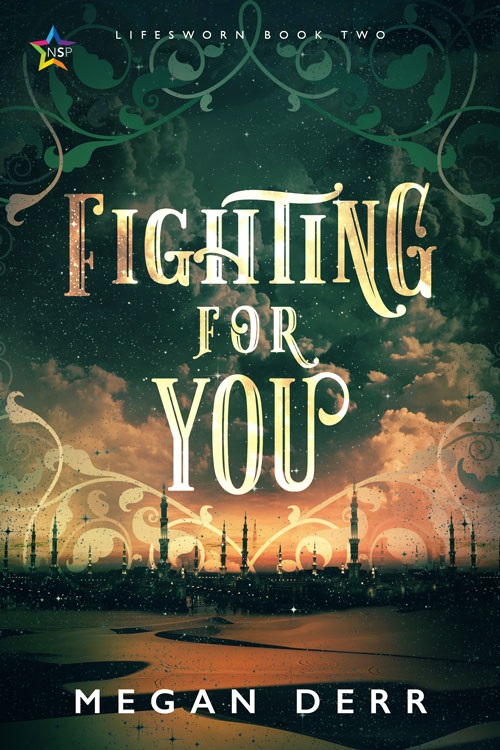 All Penli wants to be is left alone. After nearly a decade of blood and violence, and a lifetime of enduring his cold, ambitious family, it’s almost a relief to be practically alone in the middle of a desert kingdom with no way to return home because of the warrant out for his arrest.

The very last thing he needs is to be consumed by a fit of honor and nobility—but he would much rather die than ever see the two sweet, intriguing men who cross his path forced apart, one to be thrown to the streets, the other to marry a malicious bully Penli has despised for years.

Though he means only to free them, having no desire to marry after barely escaping one unwanted marriage, with each passing day Penli fears the only thing more difficult than throwing his life away will be resisting the urge to build a new one with two men he barely knows.