Hi guys! We have Londra Laine stopping by today with her new release Living On The Inside, we have a great excerpt and a brilliant $25 Amazon GC giveaway so check out the post and enter the giveaway! ❤ ~Pixie~ Living On The Inside

Micah Grayson lives in his baby mama’s guesthouse. It’s unconventional and awkward, but he’s happy for a chance to reconnect with his teenage son. He doesn’t have time for other distractions—no matter how sexy, independent, and compassionate that distraction might be. Besides, he’s not good enough for more than a fling—no one would ever take him home to meet their parents.

Adrien Darling has book smarts, but no street savvy—at least that’s what his family says. And after a heart-breaking betrayal by the man meant to love and protect him, Adrien believes them. But then a gorgeous guy with a defeated look in his eyes walks into Adrien’s coffee shop and makes him want to take a chance.

After years of living on the outside as two misfits looking in, both men are afraid to reach for more. But in each other’s arms, Micah and Adrien find out what it’s like to live on the inside. As their tender bond grows and blossoms, old insecurities bubble to the surface. Will their commitment crumble under the pressure? Or will the two find the strength to fight for each other.

***Please be aware that this book contains a flashback of and several references to domestic abuse that may be triggering to some readers.***

END_OF_DOCUMENT_TOKEN_TO_BE_REPLACED

Hi guys, we have Londra Laine stopping by today with her new release Curl Around My Heart, we have a great excerpt so check out the post and enjoy! ❤ ~Pixie~ 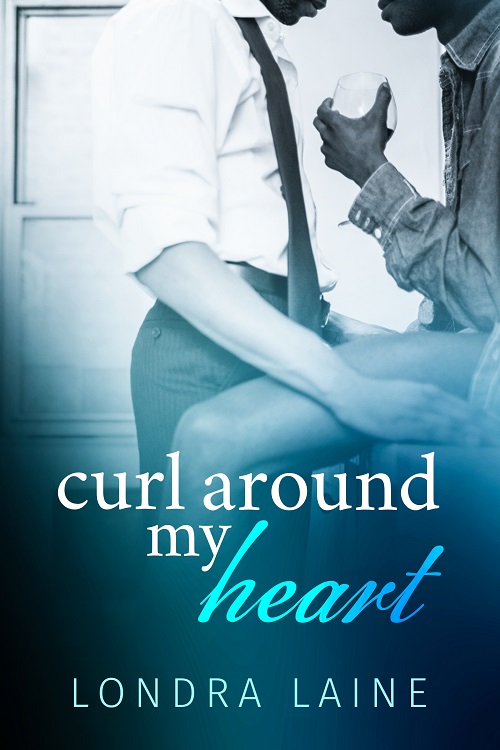 Curl Around My Heart

At Pearl’s Hair and Nails, no one questions Tate Robinson about his high heels, crop tops, and lipstick, because he’s the boss and he can wear what he damn well pleases. The shop is his life, and he doesn’t need anything more. Until a man walks in with his adorable daughter, and Tate has to untangle her helmet-hair…and his growing feelings for the single dad.

Reece Evans has been on his job for years, has his own place, and now has custody of his eight-year-old daughter. But he doesn’t trust himself to avoid screwing up. Adulting is not his strong suit—or so he’s been told. And now a sexy beautician, who also happens to be his new downstairs neighbor, has Reece wanting and reaching for more than he thinks he’s capable of.

As Tate and Reece move past their own fears about relationships, Reece’s ex issues a threat that could destroy everything. Will Reece’s worries about other people judging him undermine his budding romance? And will Tate’s fear of rejection make him push Reece away? Or have the sweet single dad and his precocious daughter curled too tightly around his heart to give them up?

***Please be aware that this book contains references to drug addiction***