The Silence of Lightning

Former pro-rodeo champion Smith Rose and his cousins Cooper and Christa Boone live a quiet life together in the town of Cody, Wyoming—until the summer of 2015 shakes them to their foundations.

Stuck in an unhappy rut since his retirement from the rodeo five years prior, Smith is forced to reckon with his past, present, and future when his former friend and lover John Henry Walker shows up at Smith’s bar. Meanwhile, the Boone sisters face a threat they never would’ve predicted when an out-of-town stranger begins to stalk Christa after meeting her at a party. While trying to support her sister and their cousin, Cooper secretly agonizes over her fears of their little family splitting apart and where that would leave her.

When Smith, Cooper, and Christa’s problems converge in a dangerous confrontation, will the three of them survive?

The Silence of Lightning, Marie S. Crosswell © 2020, All Rights Reserved

The three of them sit sprawled in a booth: Smith, Cooper, and Christa. Their table’s littered with beer bottles and the shucked off metal caps. Smith’s got a cooler on the floor alongside his seat because this is his bar and he can do whatever the hell he wants. He opens each beer with the bottle opener on his key ring. His cousins got a pretty good buzz going on, the two of them pink-faced and smiling, leaning into each other. Smith is mellowed out, not drunk. He doesn’t watch the saloon or Georgeanne filling in for him at the bar, just nurses his drink and considers his cousins.

“There is no way in hell I’m riding fifteen hundred miles on the back of a motorcycle,” says Christa.

“Why not?” Cooper whines. “Labor Day weekend, it’ll be beautiful. We won’t see weather that good in between here and Austin until next spring, which is almost a year from now.”

“I wouldn’t go in the spring either. I’m not traveling that far on a bike. Period.”

“You don’t even have to worry about the bike. I’m the one handling it. All you have to do is hold on and enjoy the scenery.”

“I wouldn’t be enjoying anything, Cooper! I’d be terrified the whole way. What’s fun about that?”

“I wouldn’t even go fast!” Cooper says. “I’ll cap it at five above the speed limit; I promise.”

“Eighty miles an hour on a motorcycle is still enough to kill you!”

“Okay, first of all, it would be seventy half the time, and second of all, why don’t you trust me? I’m not some reckless yahoo looking to cheat death taking a corner too fast, and even if I was, I would never gamble with your life.”

Christa gives her sister an indulgent smile. “It’s not about you. It’s about all the things you can’t control. My fear included.”

Cooper sighs in defeat and blinks at Smith sitting across from her. “Will you go with me?”

Cooper rolls her eyes. “Forget it. I’ll go on my own.”

“You’re not making that trip alone, Cooper,” says Christa, sipping on her beer.

Cooper’s been restoring a 1966 Triumph Bonneville T120TT all year, tinkering with it in her spare time at the garage where she’s an auto mechanic. She reckons she’ll be finished with it by the time September rolls around, and she’s been pestering her sister about a long road trip to Texas.

Christa ignores Cooper’s pouting and gives Smith a pointed look. “You coming to the rodeo with us?”

“No, ma’am,” he replies and draws on his beer. He’s sitting in the interior corner on his side of the booth, and he’s got his left arm stretched out along the top of the seatback behind him. He might be hiding a little, from the rest of the room.

“Every year, you two go out there, and every year, I don’t. I figure that’ll never change.”

“Why can’t you just suspend your boycott for one night and spend some time with us?”

“I’m spending time with you right now. I’ll follow you anywhere, except the damn rodeo. Why don’t you skip the rodeo and do something else with me? We could take the motorcycle course at the DMV and get licensed.”

Christa makes a face at him. “Very funny.”

“Well, we’re going tomorrow night, with or without you,” Cooper says to Smith. “And I’m betting whoever places first in bronc and bull riding won’t come anywhere near your records, like I always do. Then I’ll be proven right like I always am. At least half a dozen people will recognize me and Chris as your family, ask us how you’re doing, and then recount some memory of your glory days we’ve both heard about a thousand times. We’ll smile and nod and agree you were the best in the West, shake hands, and go home.”

“Clearly, I’m not missing anything,” says Smith, his face shaded under the brim of his cowboy hat.

“If you hate the rodeo so much, why did you decide to live in Cody?” Christa asks. “You could’ve gone back to Rawlins or Cheyenne. Left Wyoming altogether.”

“Cody ain’t a bad place to live.” Smith flicks his eyes past his cousin and gives the saloon a once-over. “You two are here.”

“We’re here because of you,” says Cooper.

Smith glances at her but doesn’t respond, draining his beer bottle instead. 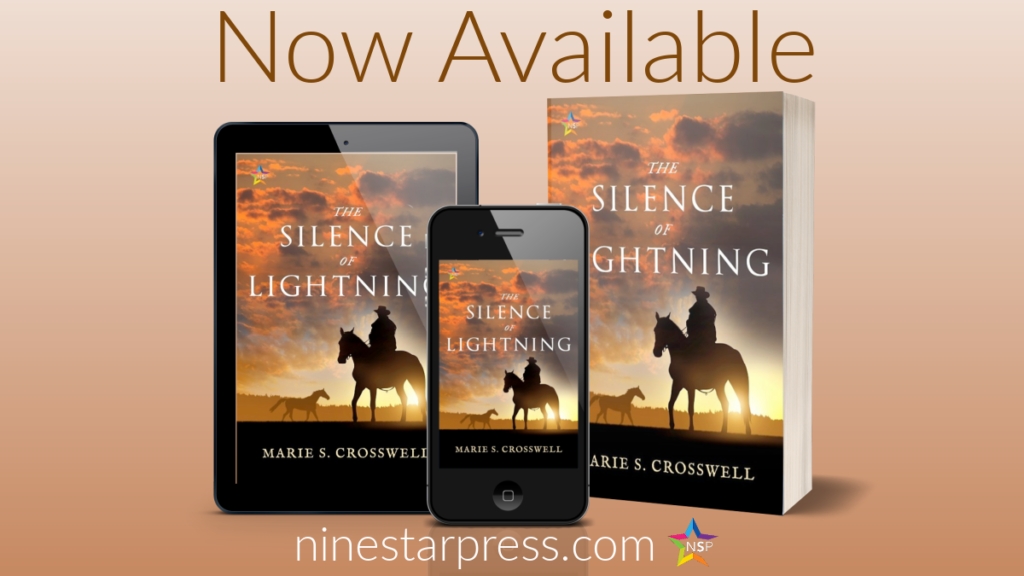 Marie S. Crosswell writes long fiction, short fiction, and poetry. Her novellas Texas, Hold Your Queens; Lone Star on a Cowboy Heart; Alchemy; and Cold, Cold Water are available online wherever digital books are sold. Her short fiction has appeared in Thuglit, Betty Fedora, Plots with Guns, Tough, and other indie crime fiction publications. She’s a graduate of Sarah Lawrence College where she studied creative writing. She lives in the American West. Find out more about Marie on her Website.