Hi guys! We have Reesa Herberth and Michelle Moore stopping by today with their new release Detour, we have a great excerpt and a fantastic giveaway where you could win a $20 gift card to the Ripped Bodice ($20 Amazon GC if winner in the UK). So guys, check out the post and leave a comment to enter the giveaway! ❤ ~Pixie~ 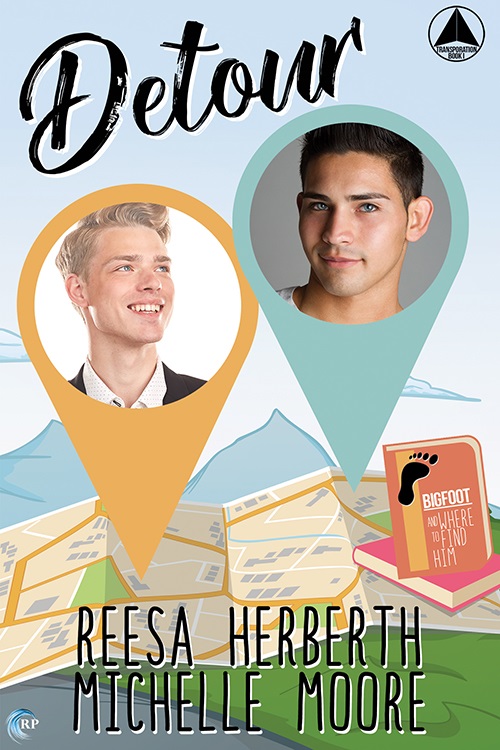 Ethan Domani had planned the perfect graduation trip before tragedy put his life on hold. Smothered by survivor’s guilt and his close-knit family, he makes a break for the open road. He doesn’t know what he’s looking for, but he’s got the whole summer to figure out who he misses more: his boyfriend, or the person he thought he was. It’s just him and his memories . . . until he almost runs over a hitchhiker.

Nick Hamilton made some mistakes after his younger brother died. His violent ex-boyfriend was the most dangerous, and the one that got him shipped off to Camp Cornerstone’s pray-the-gay-away boot camp. His eighteenth birthday brings escape, and a close call with an idiot in a station wagon. Stranger danger aside, Nick’s homeless, broke, and alone. A ride with Ethan is the best option he’s got.

The creepy corners of roadside America have nothing on the darkness haunting Ethan and Nick. Every interstate brings them closer to uncharted emotional territory. When Nick’s past shows up in their rearview mirror, the detour might take them off the map altogether.