Hi guys! We have Damian Serbu visiting today with his new release The Vampire’s Protégé, we have a brilliant interview with Damian, a great excerpt and a fantastic giveaway, so check out the post and click that giveaway link! <3 ~Pixie~ 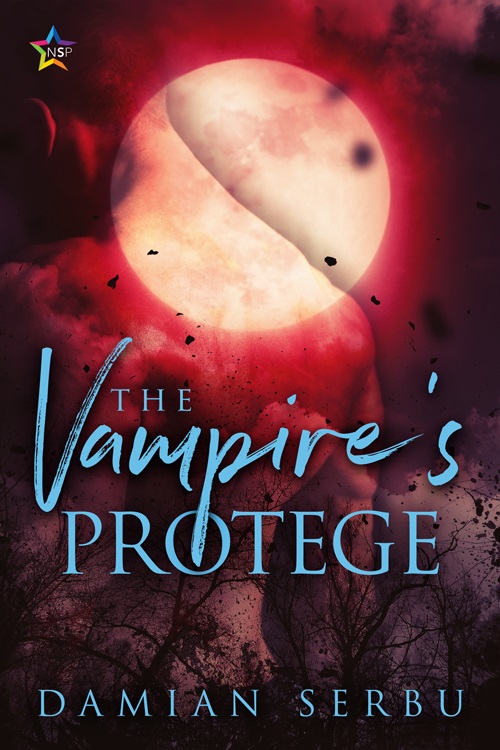 (From the Vampire’s Angel universe)
by

A sinister vampire offers Charon a choice he can’t refuse: play a deadly game of winner takes all, losers die.

Charon relishes the competition and molds himself into a sexy vampire who defies vampire law, savoring his power and embracing the role of villain. He also loves surrounding himself with hot young men. But when an alluring vampire stalks him and threatens to turn him into the Vampire Council unless he helps with a seemingly impossible task, will Charon risk his perfectly narcissistic life on the challenge? Does he have any other choice?

Character names come pretty easily to me because they just appear in my head.  And I love the cover design process!  I can be a very visual person.  But creating the title can be PAINFUL!  Frankly, I suck at it.  Thankfully, for my vampires, the title for the first one came after years (literally) of searching for it.  After that it was a bit easier because I just mimic the format.  But titles are so hard for me.

How do you answer the question “Oh, you’re an author…what do you write?”

Usually with a tilt of my head and a long pause!  The short answer is something about being an author of gay horror.  But then people expect Stephen King or slasher stuff, which is not me.  So I quickly try to clarify that it’s more in the genre of an Anne Rice approach.

What does your family think of your writing?

They are so sweet.  They are incredibly encouraging and always tell me nice things.  Paul, my husband, is especially kind.  He’s also my first editor on everything!  That being said, they all worry that they’re being included somehow!  They think the characters are based on them, which isn’t really the case.  Maybe a character has a certain trait or something from one of them, but the stories are fictional, as are the characters.  That being said, in one novel I killed the main character’s brother, and my brother wanted to know if I was sending him a message.  🙂

Tell us about your current work in process and what you’ve got planned for the future.

I am currently working on a rewrite of The Vampire’s Angel.  It was the first novel I ever published, and so also the first in my vampire universe.  But it’s out of print now, and I am hopeful that NineStar and I will be re-releasing it.  That being said, it needed some tender loving care.  It was too long, and I think my writing has improved since it was released, so I am hacking it up before submitting it for consideration.  I also am finishing up a novel called Santa Is a Vampire and going to launch into a sequel to The Vampire’s Protégé.

To write and write and write.  But, just as important, you have to give your writing to other people for critique.  And then – this can be the hardest part – you have to listen to that advice.  Take it to heart.  Take it as helpful, and don’t get overly sensitive.  Tackle recommended edits and ideas to make your stuff even better. 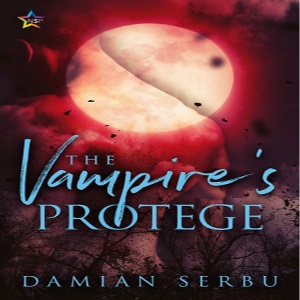 Everyone thinks they adore the Vampire Council with its rules and regulations that allegedly govern all vampires and thereby ensure the safety of virtuous humans. People want to lose themselves in the tales of the Council members: Xavier and Thomas and their love; Anthony and Jaret and their guarding of humanity; Catherine and Harriet and their whims within a righteous vampiric empire. Most of all, the Vampire Ethic provides comfort with its guarantee that goodness protects an individual from a vampire attack, with its promise that all vampires defend innocence.

Vampires accept this reality because it gives them a collective soul. The ethic protects them from the stereotype of evil incarnate preying upon humanity. Or, in the least, obedience to it keeps them alive, lest the Council hunt them down and murder them for transgressions against it.

Humans desire the Council’s laws to maintain their fantasy of security from the supernatural realms. Who would dismiss a hidden force of vampire police that might swoop in at any sign of danger and annihilate the perpetrator?

Yet deep inside, so many long for something different, something that avoids this utopian trope and perfect world, all tied up in a pretty bow. Part of everyone, that piece so desperately stamped down and derided, seeks an alternative story.

To be sure, many will deny it. Fight against these words and honorably cast them out as the devil’s temptations. Yet no proof of Satan or such demonic forces presents itself. Because even those thoughts really stem from the inner being in everyone, that secretly locked-up atom inside a person that pines for freedom and seeks release, even as the goodness scolds it.

Yet a fascination with villains thrives in America. Think of the great antiheroes of history and their legendary fame. The Wicked Witch of the West. Darth Vader. Hannibal Lecter. The Joker. The infamy of historic figures such as Adolf Hitler or Ted Bundy or the Son of Sam. The people who don the costumes at Halloween of Lord Voldemort, Dracula, or Vlad the Impaler because it empowers them for a night with beautiful wickedness. People laugh at Scar, Ursula, and even Mr. Potter. They read the tales of Lex Luther and Cujo, privately wishing they would eventually triumph over the heroes of the story and bring a bit of destruction to the globe.

Jack the Ripper lives through the ages because he successfully hid himself, true. But also because his perfect malevolence went unpunished. People want that for themselves. His legend draws them back again and again to that story with the hope of their own misdeeds going unchallenged.

Thus, whether admitted or not, people long to meet Charon. Yes, so many cry out for Charon and his story. People want him. Readers desire him, need him, really. The world will have no choice but to love him. All will embrace him as they have these other villains of history. They will celebrate his perfect treachery.

Unlike those obedient to the Vampire Council, Charon hardly worries about a bit of notoriety from time to time. Fear of retribution never enters his vocabulary. He need not concern himself with the Vampire Council and its regulations. Nor does Charon often fret over any other person or entity cracking down on his masterful empire. 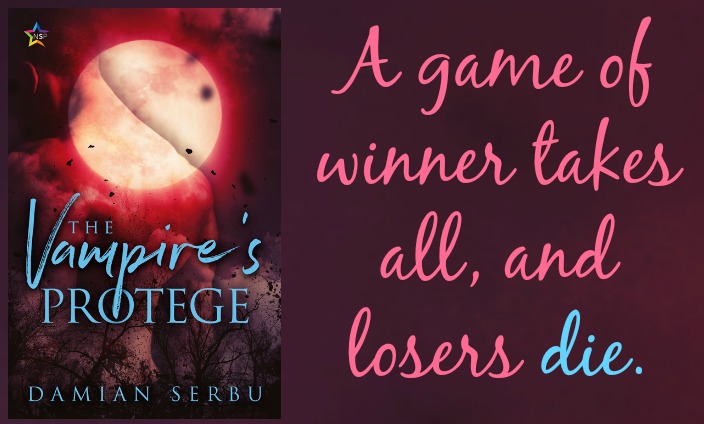 Damian Serbu lives in the Chicago area with his husband and two dogs, Akasha and Chewbacca. The dogs control his life, tell him what to write, and threaten to eat him in the middle of the night if he disobeys. He previously authored several novels now out of print, and is excited to reignite his writing with Ninestar Press!