Hi guys! We have Colette Davison stopping by today with her new look Why I… series, we have great excerpts from the series and a brilliant giveaway so check out the post and enter the giveaway for a chance to win a $10 Amazon GC! ❤ ~Pixie~ 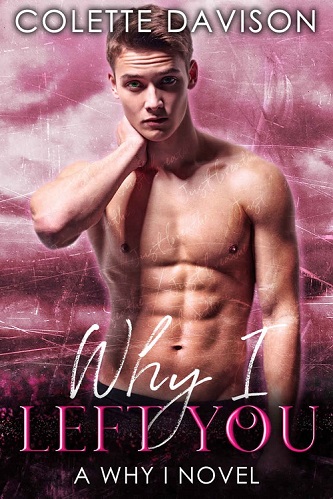 Guilt has torn them apart…

…but can they have a second chance?

Jamie is struggling with university, money and depression.

The last thing he needs is Brett, the guy who walked out on him four years ago. Yet, he could be just what Jamie needs.

Brett has his own way of dealing with heartache.

Ever since Jamie left him, he’s been running away from commitment. But when he Jamie comes back into his life, he’s forced to re-examine everything.

Brett and Jamie are drawn back into each other’s arms by an undeniable spark.

But unless they can come to terms with the past, their relationship won’t survive the present.

Why I Left You is a MM hurt/comfort, friends to lovers romance with explicit language and steamy scenes between gay men. It’s the first in a series of standalone romances with a happy ever after. 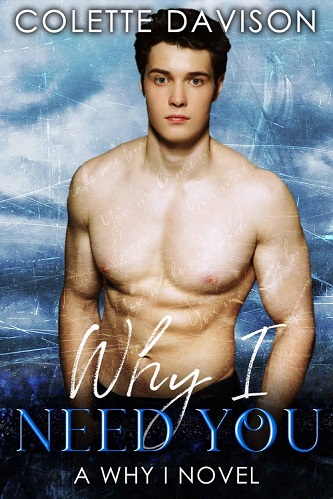 The truth can break them…

…but so can the lies.

Fin has put his life on hold to raise his little sister.

Following the death of their parents, he’s convinced her well-being is all that matters, even if it’s at his expense.

Noah has been living a lie for years.

After being publicly outed and kicked out from home, he’s ready to let go of his anger and finally be free.

A chance meeting between Fin and Noah opens endless possibilities. Can they be together despite all their baggage? Or will the truth crush them beyond repair?

Why I Need You is a MM hurt/comfort, insta-dad romance with explicit language and steamy scenes between gay men. It’s the second in a series of standalone romances with a happy ever after. 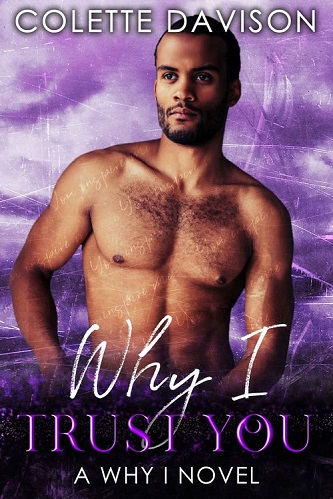 Their past can bring them together…

…or it can haunt them.

Martin is a funny, larger than life guy.

Quick to help others with their pain, but hiding his own, his life consists of a string of break-ups.

Ryan needs a way to leave his abusive boyfriend.

Working with Martin is supposed to help him raise enough funds to escape. It’s just business. With an ocean between them, it couldn’t be anything more. Could it?

One is close enough to giving up on love. The other wounded by it.

Can they trust each other? Or will the distance, hurt, and abuse get in the way of their happy ever after?

Why I Trust You is a MM hurt/comfort romance with explicit language and steamy scenes between gay men. It’s the third in a series of standalone romances with a happy ever after. Holy shit. Jamie was kissing him. Brett’s head told him to back off and walk away, but his body remembered those lips and how much he’d once enjoyed having them pressed against his own. His body wanted to lean into the kiss and respond with four years’ worth of regret. For a few precious moments, he let himself give in to desire. His heart hammered against his ribs, desperate to escape his body and reclaim what it had lost. His fingers tingled as he wrapped an arm around Jamie’s shoulders and held him tightly, his thumb making small circles on Jamie’s shirt.

Then his brain kicked into gear again. What the fuck was he doing? This was the guy who had ripped his heart out in the worst possible way. Besides, Jamie was clearly at least half-gone. What they were doing was a mistake at best.

He pulled away, breathing heavily as he stared at Jamie, whose pupils were blown wide.

“You’re drunk,” Brett said in the most matter-of-fact tone he could manage.

Jamie curled his upper lip and turned away, shaking his head. It was dumb for Brett to follow him, but he did it anyway. They’d been best friends long before they’d realised they were attracted to each other. Brett had always looked out for Jamie, back when they’d lived next door to each other. Those instincts kicked in.

Jamie stopped and rounded on him, fists clenched, teeth gritted. “Don’t pretend you give a shit.”

Brett blinked. “You’re drunk. You need someone to make sure you get home okay. What about one of the guys you came here with? The one you were dancing with?”

“You gave up the right to worry about what happens to me when you left.”