Hi peeps! We have April Kelley popping in today with the tour for her new release A Little Unsteady, we have a great exclusive excerpt and a fantastic $20 Amazon GC giveaway, so check out the post and enter the giveaway! ❤️ ~Pixie~ 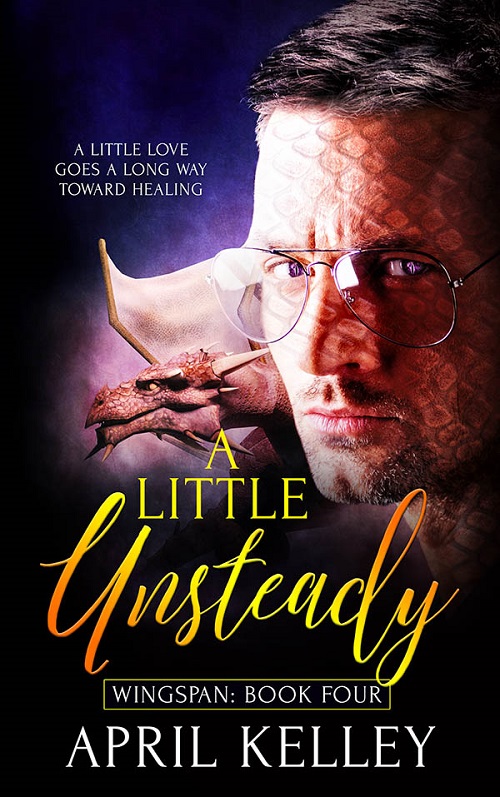 Nigel wouldn’t mind if Asher called him Daddy if the age-gap didn’t bother him so much.

Nigel Blackburn has lived a full like as a private investigator. His job means he travels solo a lot, which is something he enjoys. He’s a grouchy, stubborn dragon shifter who is better off alone. The last thing he wants is a mate and certainly not one so young. It doesn’t matter that he finds little bobcat shifter, Asher Burkhart, sexy. But all Nigel’s dragon wants to do is protect, which is good because danger drives into town.

Wingspan used to be normal. It was just a small dragon shifter town until a bear showed up. He was just the beginning. Between rescuing vampires and bobcat shifters, and the Wingspan resident whose mate is a pregnant male bat shifter, Wingspan isn’t just dragon shifters anymore. They didn’t mean to be all-inclusive, and now everyone has to get along. It’s easy said than done. 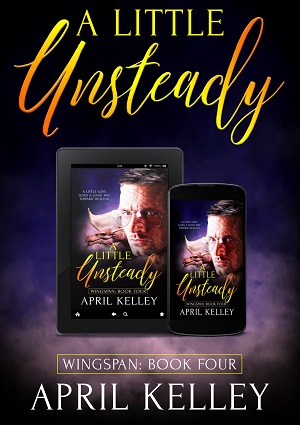 He reached for the door handle, but it wouldn’t open. He met Quidel’s gaze, and something in the steadiness made him lose his shit. He couldn’t keep the tears at bay and didn’t want to seem weak in front of a stranger, so he bent at the waist and buried his face in his knees. “Leaf’s in there with the dead bodies. I need to get him out. Please.”

“Leaf is one hundred percent safe. Look at me. Now.” The command in his voice had Asher lifting his gaze. “I’m the head of the council enforcers. My guys are in there with your brother and his mates. No one and nothing will touch them. But if you want to go in, then I’m not stopping you. I just think you’ve seen enough.”

“And it’s okay to cry or do whatever the fuck makes it easier to live with later on.” Quidel reached across the back of the front seat touched Asher’s shoulder. The touch brought the tears even more than the permission to shed them. Quidel seemed to understand and kept his hand there, lending the small comfort.

Asher did what he had to do, looking toward the mansion as he wept as quietly as he could. It helped but left him exhausted.

The first person to exit the house looked like an older version of Teagan. The resemblance was uncanny. Teagan himself walked behind the guy, with Leaf and Etienne on either side. Both had their arms around him, holding him around the waist.

Quidel removed his hand and unlocked the door, facing forward as everyone came close to the vehicle. It took Leaf and his mates longer to get through the reporters, but the Teagan lookalike managed.

He opened the back door. He had one foot inside when he stopped dead in his tracks. His eyes turned reptilian in a way Asher had only seen inside the mansion and on Teagan when all hell had broken loose. He shrank against the opposite door, trying to make himself as small as possible.

For some reason, that prompted Asher to wipe the wetness from his cheeks with the back of his hand.

Okay, why was that the first thing out of his mouth? No sooner did the question float through his mind than the guy slid into the seat next to him. As soon as he did, the scent hit him. Cinnamon and flowers made his teeth dropped. His eyes shifted, and his dick grew hard as a rock. He bent forward to try to hide it.

The guy lifted him around the waist and put him on his lap before sliding against the door. Asher sat sideways on his lap. “Don’t tell me no.”

“What?” Asher’s shoulders came up to his ears. He tried not to touch the guy for fear he’d go off like a spring but didn’t quite succeed in such close quarters.

Teagan sliding into the seat next to him with Leaf on his lap didn’t help his cause.

“Oh.” Asher’s eyes kept shifting from his cat to his human. His teeth stayed down. “I-I didn’t know that.”

Leaf’s back was to Teagan’s front. He leaned against him with his head on Teagan’s chest. Etienne sat next to them. Leaf laced his fingers with Etienne’s.

The guy drew his eyebrows together as he regarded Asher thoughtfully. “I’m way too fucking old for you.”

April Kelley is an author of LGBTQ+ Romance. Her works include The Journey of Jimini Renn, which was a Rainbow Awards finalist, Whispers of Home, the Saint Lakes series, and over thirty more. She’s a main contributor at Once and Books. 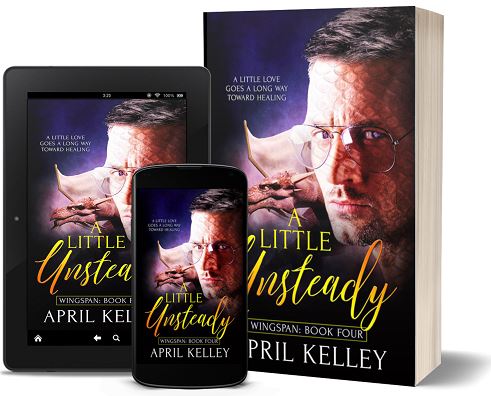