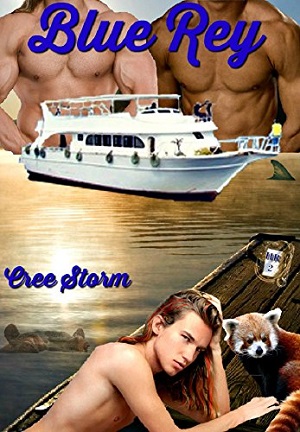 Blurb: Nothing in life comes for free….Rey had never felt as if he fit in anywhere. Even learning he had two brothers didn’t really change that. However, having Dustin and Winter brought into his life helped ease his loneliness. The day Rey was told that these two men were his life mates was scary, yet amazing. Finally he would not have to go through life only able to count on himself…he would have his hippo and shark shifter mates to help him every step of the way….but it would definitely come at a cost.

Dustin hurt for his mate. He knew the little red panda shifter was sad and felt like an outcast in Haven. That couldn’t be further from the truth, but he didn’t know how to help him through it. Going to Winter, the two men came up with a plan. However soon that plan was put on hold.

They had all been warned that it was up to them to help save the paranormal/shifter world.

However, being forced to go to the one Island no one ever entered, was not something any of them had planned out or thought through. It was just a fact that there was no choice if their destiny was to be fulfilled. The question was would they even make it to the Island alive and even if they did, would they live to tell about it.

Review: The saga continues with Rey, Dustin and Winter. Rey does not feel like he fits in at all so Dustin and Winter decide to show him how wrong he is. An unexpected trip to an island with shifters sets in motion things that will culminate for all involved.

I loved this story with it’s cast of characters new and old. I found it intriguing to read about the island shifters. I love this series and hope it continues.