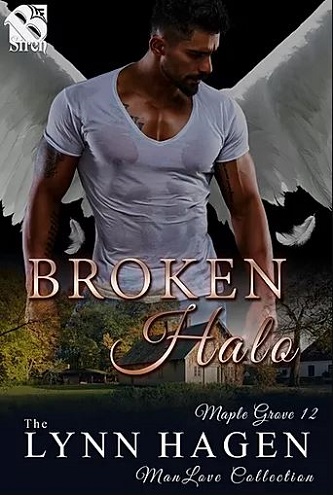 Blurb: Dr. Ari Bjord uprooted his life, leaving behind a broken heart as he moved to Maple Grove to become the new town doctor. His work was fulfilling, but he missed having someone special in his life. Ari just never expected that special someone to be an actual angel with a chip on his shoulder and perpetual whiskey bottle in his hand. Ari definitely had his work cut out for him.

Tortured and punished for thousands of years, Gavril was nothing short of bitter and broken. He wouldn’t know love if it walked up and slugged him on the jaw. That was until a sweet little doctor risked his life to help Gavril. Now Ari was all Gavril thought about, all he craved. With overzealous angels out to kill him, Gavril knew it was time to stop running and fight. But his biggest fight of all was learning how to love the most important person in the world to him. His mate.

Ari loved what he did and the help he could give. He loved traveling and enjoying his patients. Then he lost a bit when his ex turned out to be worse then evil. He left his life behind to start a new one in Maple Grove. He was still a damn good doctor but he had lost a bit of himself. Now here he was helping a very grumpy and drunk man who didn’t seem to want his help.

Gavril is an angel and has lost his way, so to speak. He loved the humans he looked over but many angels saw it as wrong. Angels are not the good that they stand for but can be worse then humans when it came to bigotry. They held him prisoner for thousands of year and tortured him every second of every day. His escape led him to the one man that might give him hope, his mate.

I liked these guys quite a bit. I was hoping that this author would throw in angels after awhile. So it was a nice surprise and I truly enjoyed their story. Like most of this authors work there is quite a bit of action and danger mixed in with a bit of humor to make it flow better. I always did like a story that had quite a bit of humor in it and this one had it. I enjoyed seeing some of the old gang back from previous stories.

I had a blast reading it and can guarantee that it is one of those stories that will be read many times over.