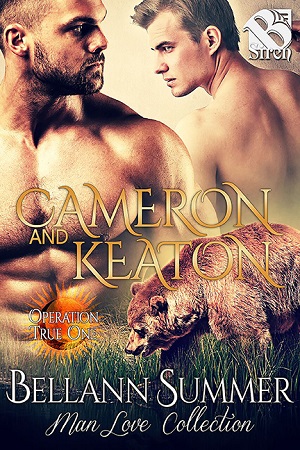 Blurb: Lives of emptiness, never love, only lukewarm relationships. Two families could find their true ones, if one family would stop trying to kill the other.

Keaton Johnston found scrolls that told of great love, but great danger with Kodiak grizzly shifters. After meeting Cameron Kodiak, he decided to take the chance anyway. The moment Keaton walked into Cameron’s bar, he gained the shifter’s attention. Never before had the unbending, arrogant Kodiak felt this need.

Acting on instincts, Cameron took Keaton to his bed, ready to claim. That is, until he saw the mark of the jackal. Somehow, Keaton managed to survive meeting and mating Cameron. Now, surviving pregnancy hormones and living with a dominating Kodiak shifter are iffy on a good day.

But that is nothing compared to the threat of the Kodiak family’s terrifying alpha. Silver, makes big, bad, Cameron look like a pussy cat. And Silver is coming. What will happen when he sees the hated birthmark?

Review: Each book in the Operation True One collection features a new romantic couple. To enjoy the overall story arc and crossover characters, I would recommend reading the series in sequential order.

I came across Bellann’s stories several months ago and knew after reading the first book, that she would rise up to be a favorite of mine. The worlds she create are unique and a fresh new idea to the paranormal worlds. I have read many shifter stories and have only come across so many that involves Kodiak’s. I actually had to laugh a bit, because of the way they act in the story are the way I would think they act in real life. Grouchy as hell, mean as a snake and mate for life are just a bit of what I imagine. However she gave it a new twist, one that involves a curse.

Keaton and his cousins fear for their lives. Each one has a crescent moon mark on their leg, and that puts them in danger from the Kodiak bear shifters. A curse, a wicked old woman and death follow the mark. However Keaton found something that points to the fact that the old stories were wrong, and the mark led to life for the Kodiak bear’s. To take a chance at dying, Keaton sets out to find the bear meant for him.

Cameron sets his eyes on a sexy man, a man who is his mate. Things get heated up, that is till he see’s the mark. You thought things were going to get rough, you haven’t seen anything yet. To make it even better, the male mates can get pregnant. Too bad Cameron’s alpha might have something to say about it all.

Now I have to admit that when Cameron see’s the mark, the way he reacted almost had me putting the book back down. I always wanted the shifter to be gentle to their mates even if they are pissed, and so seeing Cam’s reaction was a bit disturbing. However it does set with the fact that he is a bear shifter. They take possessive, dominating, asshat reactions to the level.

I enjoyed reading this story and have started on the second book. I can’t wait to see what book three will give us. I would definitely recommend this book.