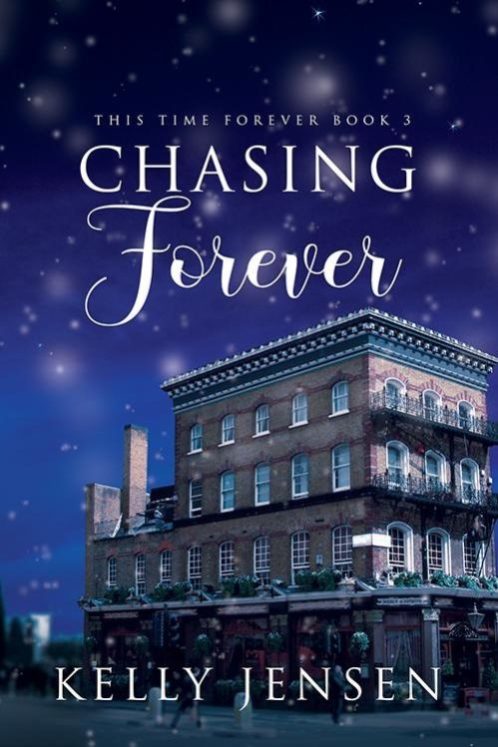 Chasing Forever is the final book in the series This Time Forever. Brian and Mal’s story is special in all sorts of ways. Even though these books all standalone, Brian has been there since the beginning–as the character everyone loved to hate in the first book, and the character who seemed to have more to him in book two. In this final story, I share who Brian really is, and hope you’ll all come to love him as much as I do. Then there’s Mal, his other half, my serious soldier who has been waiting all his life for a challenge like Brian. Sometimes we have to be knocked lower than ever before in order to reach that high, and Mal’s journey is one I treasure. I hope you enjoy reading this story of redemption and learning to live out loud.

For the previous books in this series (Building Forever and Renewing Forever) I’ve written posts about the food, festivals, and fun to be had in the small town settings I’ve chosen. I’m going to do something a little different for Brian’s book, mostly because the story doesn’t have a theme food like the first two. I had intended to put one in there, but neither Mal nor Brian seemed as obsessed with food as I am. I know. What’s with that?

They do share a nice meal together, which is something from my menu of favorites: seared tuna steaks (preferably crusted with sesame seeds) with a side of stir fried bok choy and shitake mushrooms. I also make mention of all the barely palatable food Josh eats, from the perspective of someone who doesn’t really get being vegetarian (Brian). But there are no signature snacks! No lifetime soda addictions. But, Mal and Brian both enjoy a drink or two (in a responsible manner), so I thought I’d share a favorite cocktail recipe for each.

Brian is fond of Manhattans. I actually think they sound better than they taste (they’re a bit sweet for me), but I’m not the one drinking them. Here’s the recipe Brian prefers:

The bartender at the colonial (Leo) makes them without the orange peel which is expedient, but a bit of a shame as a classic Manhattan benefits from not only having the peel wiped around the rim of the glass, but the tang of orange in there with the liquor.

With the warm flavor of bourbon, this is the perfect cocktail with which to toast the New Year and Brian does just that before sharing a first kiss with Mal in this short excerpt:

Brian chuckled softly and raised his glass for another sip. He did it slowly, as though knowing Mal would watch him swallow and wonder what the drink would taste like on his lips. His tongue.

“Want a taste?” Brian asked, offering him the glass.

Mal accepted the glass and took a quick sip. The drink was strong and his head spun lightly. Putting it aside, he licked his lips again, tasting bourbon and something sharper, drier. Vermouth? The bitters touched his tongue last, a tangy aftertaste, and he could imagine how well an orange peel would go with the drink.

He was wondering how Brian managed to smell like oranges when the countdown began.

Brian hadn’t leaned in. Should he do it?

Should he take his glasses off?

What if he missed?

Oranges, cardamom, cinnamon, and musk. Warmth whispering across his lips in quick invitation before pressing down, lightly, without demand. Somehow their noses didn’t collide. Somehow, Mal’s lips were parting before a swipe of Brian’s tongue.

Brian didn’t invade, though. He teased. He waited.

Understanding flashing inside his head like a cracked blind at dawn, Mal leaned in and kissed back. Offered up his mouth. Tasted. Hummed at the delicious flavor of whiskey and man. The persistent hint of orange. The prickle of stubble as their mouths moved and realigned. He touched his tongue to Brian’s and opened his mouth. Brian swept inside and the warmth at the back of Mal’s neck now must be Brian’s hand. Oh God, it felt good.

Mal is also a whiskey drinker, but he prefers Scotch whisky and drinks it straight, or with a touch of water or ice. During his Christmas visit with family, his brother Donny presents him with a doctored hot chocolate and after a few sips, Mal’s day gets a little warmer and fuzzier. I can pretty much guarantee a warm and merry holiday after one (or two of these). 😀 To celebrate the release of Chasing Forever one lucky person will win a $25 Riptide Publishing gift card and a swag pack of stickers, art cards, and bookmarks!

Entries close at midnight, Eastern time, on December 15, 2018. Contest is NOT restricted to U.S. entries.

Check out the other blogs on the blog!