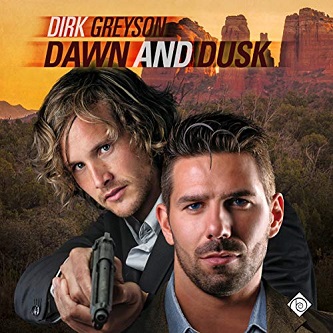 Blurb: For Scorpion agents Day and Knight, their relationship is slow to develop, and trust is hard to build. Then Day’s brother, Stephen, goes missing, and Day finds out more about him than he ever dreamed. Day’s first reaction to Stephen’s disappearance is to try to get to him as fast as possible.
Knight initially holds him back so they can attempt to find out what they’re walking into. But when Knight sees Day’s desperation, he steps in to help and tries to calm the man he’s growing to care about, even though the trail is cold and clues are scarce.

When Day witnesses his brother being shot live on television, he loses the last of his control. Despite the lack of answers, Day is more determined than ever to find out what happened. Ste-phen was all the family he had left.

Bone-deep fear and adversity threaten to tear Day and Knight apart, but facing unimaginable hardship together might finally cement the bond between them.

So yeah, Day and Knight series has been a great departure from what fans of Grey would usually expect. It follows secret agent guys Day and Knight (their nicknames, its corny but works awesome) as they try to work together and then discover that there is a lot more between them. The series has been a slow burn romance which needs to be read/listened to from the start to get to know the guys and to be able to track the story as each instalment starts off from where the previous book start. If you’re a person that prefers to have a HEA, perhaps now would be the best time to get into the story because we finally get an ending for these guys. However, in saying that both Day and Knight have a lot of demons to battle through, particularly for Knight, who has a tragic past that makes opening his heart to love difficult.

In my opinion Dawn and Dusk is the best book in the series and is a major pay off for anyone who has gone through the journey with the guys.

Day and Knight are back in the real world once more after their adventures in Mexico and Europe. They are excellent at their jobs and work well together, but once, more after arriving home Day is left confused by Knight. As soon as they are back Knight once again struggles with the relationship forming between the two men – which makes sense since the man has tons of baggage and an alcohol dependency that he has been working through. However, Knight is a man that struggles with his inner emotions and so how he treats Day in these periods is less than stellar. Their world is thrown into chaos once more when Day finds out that not only is his brother, a man he has idolised since Steven had raised Day after their parents’ death. Day needs to find his brother and Knight is torn in needing to protect Day and protect his feelings. But things just snowball when Day is shown television footage where he sees his brother shot and he suddenly faces the possibility that his brother is bad guy. This is where Knight steps as he is slowly beginning to come to terms with demons and realises that he will do anything for Day.

What I love about this series is that we’ve taken the time to get to know Day and Knight. They have developed and changed so much from the first book. They have had so much to work through before they could trust each other with their hearts. They needed to get to know each other beyond the physical side of their relationship and the professional side of things. Dawn and Dusk is a really pleasing story where I finally feel like I know these guys and finishing a few months after the first book started, I feel like they are strong together – as well as be awesome men of action. I liked the story with Day’s brother in this book because it gave even more depth to Day.

Andrew McFerrin has done an excellent job narrating this entire series. His voice and the tone he gives to Day and Knight individually suits them so well. It was so easy to get lost in the story just listening to the narration. McFerrin had me emotionally invested right to the end with the guys, something that I’m not completely sure would have happened if I had read the book first.