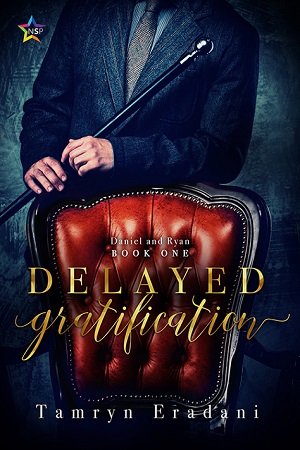 Blurb: Daniel Brown is a man of routine. You might even call him a control freak. So when the new Director of Marketing, Ryan Cole, starts shaking up Daniel’s routine, Daniel doesn’t know how to react. He finds Ryan intriguing, infuriating and oh so attractive, but he doesn’t mix business with pleasure. As their games start to grow kinkier, dare Daniel give in to his desire to let Ryan top him?

Review: Daniel has a schedule that he keeps and is very religious about it. However it would seem the new guy at work is wanting to change his mind, with donuts at first. Ryan wants to shake Daniel up and bring him over to the dark side.

This story was so slow that I ended up skimming most of it which is bad since it is a short story. I couldn’t even focus on the book because I was so bored. This book is a prelude of what is to come in the next book. It is well written but didn’t catch my attention like it should. It does give you quite abit for being such a short story which was surprising.

I hate to admit that this is not a book for me but will see what book two looks like. Not a fan of the third person dialog and definitely not a fan of books where the same characters are always the main characters. They always seem to loose something in the end.