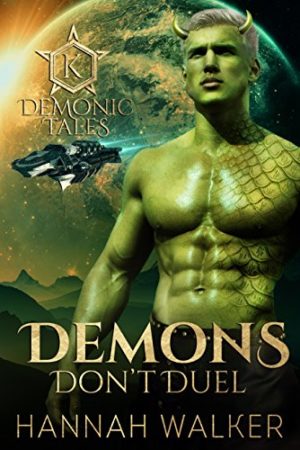 Blurb: Dea’s life is all about his role as a commander of a battlecruiser. At the height of his career, he can take command of any ship he wants, he’s well respected, and surrounded by friends and family. Yet, something has been missing for a long time. Part of his soul was left behind at the academy, with someone he walked away from all those years ago.

Uri loves control. It’s in every part of his life, his work as commander, his friendships, and even the bedroom, but there is one person he can’t control, and that is the one person who turns his life upside down.

A deadly attack forces Dea and Uri to work together, putting their troubled past behind them for the survival of all those under their command. Yet, working together could be the toughest challenge either of them has ever faced as memories bombard them, stirring up feelings that were never dealt with. They struggle to resist the pull they have on each other, falling back into old habits, no matter how hard they try to resist them.

With shadowy forces trying to seize power, enemies old and new come out of hiding, and the battles begin to rage. The future of not just the demons, but other worlds hang precariously on the edge of a blade. Life and death decisions need to be made, and Uri and Dea find themselves leaning on each other as they lead their crews through treacherous space.

With conspiracies and plots all around them, they soon realize they are all in greater danger than anyone believed possible, and the plans to change the Alliance go far deeper than they first thought.

Review: Each book in the Demonic Tales collection features a new romantic couple. To enjoy the overall story arc and crossover characters, I would recommend reading the series in sequential order.

This is one family that is full of traitors but the guys are going to kick ass. Evan went through a whole lot to get the information he had stolen from the Senate to the rightful people. He knew what it would cost him but he knew in his heart it was the right thing to do.

Dea and Uri have known each other since training and they have been known to hate each other with a passion, but these two take it to the extreme sometimes. Although they are both hiding the fact that they want each other. When Dea found Evan hiding on his ship, he knew that he had to trust the young man. When danger came, it was Uri who ended up saving their butts. Lets just say things are going to heat up.

Uri has always wanted Dea but he feels that Dea is just not there yet or maybe he will never be. However when Dea is in trouble, Uri knows he will do all to save the man he loves.

This story has more action then any other book I have came across in a long time. I loved the guys although Ari is still one of my favorites. Although when Evan starts hanging with them, who knows just how much trouble those three are going to get into. It has danger, excitement, hot sexy times, action, and so much more in this book. I can tell you that this is one series that will be read more than once.

It gave me everything I could want in a story and so much more. I had a blast reading it and can’t wait to see what other stories this amazing author has coming.