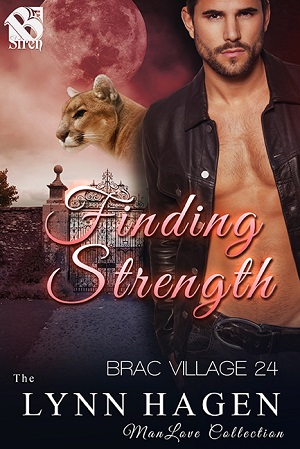 Blurb: After someone breaks into Barrington Manor, Gary and his grandmother go to the police, but it’s a move Gary soon regrets. There are secrets within those mansion walls, secrets that could end Gary’s life if exposed. But Gary is tired of being so isolated, so alone, that he takes that risk, and finds a handsome detective who is willing to help. Unfortunately, that help comes at a price. But Gary is infatuated with Detective Richard Cohen and risks everything to be with him again.

When Richard’s superior betrays him, he makes a career change and settles in Brac Village. He’s content with his life, until he meets Gary. His mate. When he decides to get involved and takes on Gary’s case, he knows something is going on at Barrington Manor, and Richard is determined to find out its secrets, even if that means breaking into the mansion himself to save Gary’s life.

Review: Each book in the Brac Village collection features a new romantic couple. To enjoy the overall story arc and crossover characters, I would recommend reading the series in sequential order. With this story I would actually start with the Brac Pack series. There are many series that are branched off from it.

Lynn Hagen was one of the first authors of m/m romance that I have read. Her stories evolve around shifters who are the alpha types with mates that always call to them. They will do everything in their power to protect those around them, but will be taken down at the knees by their little mates. Her stories have an energy to them that always seems to lighten a person’s day. The are entertaining, funny as hell, exciting with a bit of danger to them and the sex is mega hot.

Gary lives with his grandmother when his mother passed away. He had a lot of secrets that he held, but the worst was his deadly father hidden in the attic. When someone tried to break in to their home, Gary and his grandmother go to the police for help. A sexy detective is not what he had expected.

Richard had once been working for the government who was going after Manny and his brothers. Now that his superior was the one behind it all, he has left that side of life behind. Working for the police department in Brac Village was something new. So when his mate walks in with a story of robbery he decides to help. It leads him to many more dangerous creatures then himself. And many more surprises.

I have a blast reading these stories and that hasn’t changed. The connection that is seen with the characters is always a nice surprise, for instance’s Mavericks feelings for the old lady was a nice one. Although you never really do find out why that is.

I enjoyed the story quite a bit and can’t wait to get my hands on the next story.