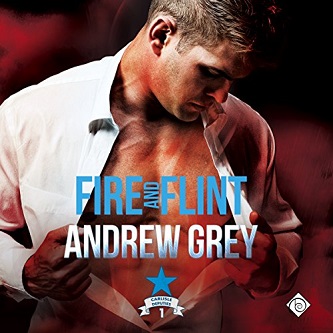 Blurb: Jordan Erichsohn suspects something is rotten about his boss, Judge Crawford. Unfortunately, he has nowhere to turn and doubts anyone will believe his claims – least of all the handsome deputy, Pierre Ravelle, who has been assigned to protect the judge after he received threaten-ing letters. The judge has a long reach, and if he finds out Jordan’s turned on him, he might im-pede Jordan adopting his son, Jeremiah.

When Jordan can no longer stay silent, he gathers his courage and tells Pierre what he knows. To his surprise and relief, Pierre believes him, and Jordan finds an ally…and maybe more.

Pierre vows to do what it takes to protect Jordan and Jeremiah and see justice done. He’s willing to fight for the man he’s growing to love and the family he’s starting to think of as his own. But Crawford is a powerful and dangerous enemy, and he’s not above ripping apart everything Jor-dan and Pierre are trying to build in order to save himself….

Review: I love almost anything written by Andrew Grey. The man has a way with words and romance that I absolutely love. So, I’m not going to spend time gushing over how much I love his characters and how well they develop over the course of the book, and the chemistry, the sexual tension between the MCs. He also does wonderful stories with kids, who don’t steal the show but are often as sweet and as lovable as their fathers. I basically love everything.

Greg Tremblay performs the audio for this book. I know his narration from other Andrew Grey audios, particularly from the Senses series. In this book, his voice is absolutely perfect for tone and suspense in the stories, as well as providing the perfect tone for the individual characters.

Fire and Flint is the story of Carlisle Deputy, Pierre Revelle, and Jordan Erichsohn, the assistant to Judge Crawford. The judge has been receiving some threatening letters lately which is what brings the two men together. Jordan, finds it difficult to trust the deputy and scared to do anything that could jeopardise his adoption of a sweet little boy who needs love and parent. The situation is dangerous because Jordan is sure, or at least suspects, that there is something crooked with this boss. Pierre is instantly attracted to Jordan, but he is a professional and he is intent on finding out what the hell is happening. Love comes organically as Jordan helps Pierre try to discover the truth of who and why the judge is being threatened.

Fire and Flint is a fast paced suspense, romance. This is good for people that love a good romance where the sexy cop comes riding in like a knight in shining armour and a strong lawyer who has so much love to give. They aren’t a conventional family but their chemistry together is perfect.