Hi guys, we have Natsuya Uesugi stopping by today with his new release grydscaen: Beginnings, we have a fantastic exclusive excerpt and a brilliant giveaway so check out the post and enter the giveaway! ❤ ~Pixie~ 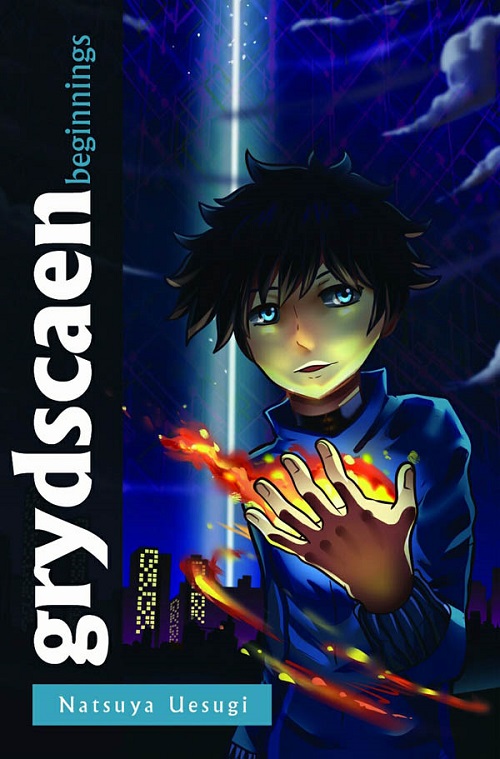 Faid Callen is tired of life on the run in the Echelons trying to keep his psychic power in check. He founds the Packrats, a group of cyberterrorist hackers. A young powerful Psi Faction operative, Lino Dejarre, is sent on a mission to capture Faid. Wanting to keep Lino under control, the Psi Faction kidnaps his half-brother, Riuho, and they take him prisoner, experiment on him, train him, and subject him to mind control. When Lino is assigned to a high stakes diplomatic mission to reveal a traitor, he finds another psychic operative in play, causing him to question the Psi Faction’s motives. Can Lino rescue his brother before more blood is shed or will Faid step in and destroy the Psi Faction’s plans?

The Acolyte Forward Base was set up like a lab with computers, routers, hubs, hardline terminals, scanners, gridscan projectors, multimedia equipment. There were wires running everywhere and the light was dim. There was a psi synch device in the back in the corner.

Acolyte was in the Forward Base leaned over a computer concentrating when Faid came in. He didn’t look up when Faid came over and stood behind him. Busy hacking, all his concentration was on the task at hand. He had multiple windows up on the terminal running traces and decrypting information. A window opened on the display and a password screen came up. Acolyte typed in a code but the system rejected it.

“Come on?” whined Acolyte. He slapped his forehead and then looked around brining up another window and opened a file. He scanned the file and then got up from the computer, pacing back and forth.

“Hurry up.” The computer was running a trace and he needed it to finish.

Faid sat down in the seat and looked at the screen and the information that was already displayed in the other windows. He saw a pattern and brought the window to the center of the screen. Acolyte leaned over Faid’s shoulder and looked at the detail and saw the word ‘firefly’ come up on the screen in the encryption window.

“Firefly, firefly why does that sound so familiar?” asked Faid.

Acolyte stood up and stared at the ceiling for a moment and then went to a pile of papers next to the desk at which they were sitting. He started rifling through the papers quickly and dropping them on the floor.

“I know this,” he said as he continued to look. “Firefly is the name of a super psychic project run by the military.”

The trace completed and brought up the results, a list of numbers. Faid brought the numbers up in the main window on the screen in front of the password window.

“What is that?” asked Faid as he looked at the data.

“Exactly what I thought it was going to be,” informed Acolyte and went to a shelf in the back of the forward base lined with books. He took a copy of the Parable of Thoth, the religious text followed by the Prophets, a group that was part of the Packrats and brought it over.

“Read off the first set of numbers,” said Acolyte.

Acolyte rifled through the pages of the Parable of Thoth and went to chapter 1, verse 24, line 46. He turned the pages as he found the passage.

“And lo the man if he found dishonor with himself, would ground out his words and bring himself to lay open the world with the power of his mind,” read Acolyte. “Read the next one.”

“2-4-10,” remarked Faid and watched as the decrypt of another file came up with another line of text. Acolyte rifled through the book and found the passage.

“And she created super children with minds like sieves that could weild their thoughts out to the universe and they marched upon the land.”

The encryption file completed its run and came up with the final lines of the files. Another set of numbers.

“The numbers match,” said Faid, “but what could they be?”

“Get up. Let me sit down,” said Acolyte and handed Faid the Parable of Thoth.

Acolyte stared at the numbers on the screen for a moment. His mind went through multiple permutations of what they could be. Then finally he got it.

Faid found the passage in the book and read it outloud.

“And lo she compensated he who found the power and he was made wealthy and given power over the land,” said Faid.

Acolyte put his finger up to his lips and thought for a second. He brought the password screen up again.

“That last passage what chapter is it from in the Parable of Thoth?” asked Acolyte.

“The Book of Jubilees,” said Faid.

“I want to try something,” said Acolyte and typed in ‘Jubilees’ into the password screen and clicked ‘Enter.’ The screen went black and then the text ‘Access Granted’ came up and brought up a banking screen for the International Bank in the Jannassee Islands.

“They are account numbers,” smiled Acolyte and clapped his hands. “He stole the money from the super psychic program from the government and funneled it into offshore accounts.”

“How did you figure that out?” asked Faid.

“I have been following this guy for months,” said Acolyte. He looked at the screen. “Look at all this money.”

“What are you going to do with that?” asked Faid leaning down over his shoulder and looking at the number of credits the leader of the program had amassed.

Acolyte submitted the invoce on the Elite system and then went back to the bank account screen and withdrew 15 million credits from the account. “Get me a blank credit card.”

Faid went into the back into a drawer and pulled out a blank credit card and Acolyte stuck it in the terminal. He transferred the funds onto the card.

“It’s not going to trace the download is it?” asked Faid.

“No, I am Exander Hoffman in his account. It will just look like he withdrew his own funds.”

The machine chimed sound and the credit card came out of the terminal. Acolyte handed the card to Faid and he ran it through a handheld and checked that the 15 million credits was on the card.

“Anything else you want while I am in here? You want to see your file?” asked Acolyte.

“You have access to that? Where did you get that?”

“The Elite government has a file of everyone who has even been to a psi conditioning facility. Even me, but you are a little higher up on the wanted list than me.”

“Because you, my friend, are the founder of the Packrats, a group of cyber terrorist hackers. You are their number two target right after Mage the head of the Terror Hack.”

Acolyte shut Exander Hoffman’s banking records and brought up a command file that was already configured to hack into the Elite Military network.

“You hacked into the Elite Military network?” asked Faid aghast. 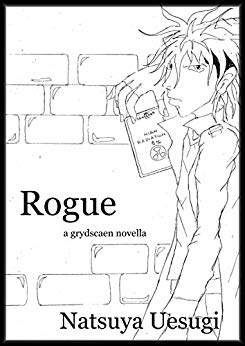