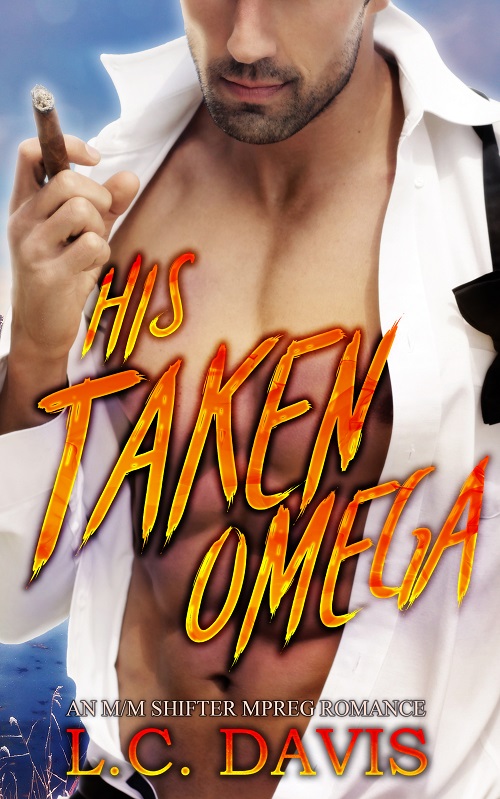 Blurb: Nicholas wants nothing to do with omegas, and Avery has already signed a contract binding him to another Alpha. Fate has other plans for them both.

As the omega spokesman for the infamous Futurus Initiative, Avery is a controversial figure who’s used to being envied, occasionally despised and always the center of attention. His kidnapping at the hands of the twisted omega at the helm of the radical anti-Futurus group known as Epsilon shook his perfect world to the core, and his abnormally conventional parents no longer know what to do with him. In a last-ditch effort to save their son’s reputation—and his engagement to a prestigious politician—Avery’s desperate family sends him to the small, quaint pack of Southbend for some much-needed rest and recovery.

When Avery arrives in Southbend, he finds the Meyer household anything but welcoming and he immediately clashes with the rakishly reluctant head of the household. Nicholas might be a brilliant lawyer with good looks and charm in abundance, but he makes no secret of the fact that Avery is persona non grata in his pack. How is Avery supposed to heal his own wounds when an Alpha who looks at every omega with disdain makes him question everything, including his participation in the breeding program he’s devoted his life to promoting?

Nicholas has it all on the surface—rising-star status as an attorney with his own practice, a sizable inheritance and the option of going home with any omega he chooses at the end of the night—but beneath the mask of his status, he hides a secret that makes him feel unworthy of the title of Alpha. Past abuse has left him with a deep-seated revulsion towards omegas, the very class of shifter he’s supposed to crave. He uses work and meaningless flings with other Alphas and betas to distract himself from the family life he doesn’t believe he deserves, but in the wake of his estranged father’s death, Nicholas is called home to take on a role he never wanted.

Review: This is the first book in the series I have read.

Omega Avery is the spoke person for the infamous Futurus Initiative and as such he draws unwanted attention and is kidnapped. After returning his family sends him to another pack to recuperate from his ordeal.

Alpha Nicholas does not like omegas. He avoids Avery like the plague. When things start to develop out of control these two men find themselves drawn to the other even though Avery is contracted to another Alpha.

I liked that these men were not jumping into bed upon first sight. The plot of the book delved further into these men troubled pasts that gives us a better understanding of what they have been through, especially Nicholas. My heart broke for these two men as they tried to rise above what happened.

Outstanding and engaging this story will keep you on the edge of your seat. Fantastic story and plot. I have every intentions of reading the entire series soon.