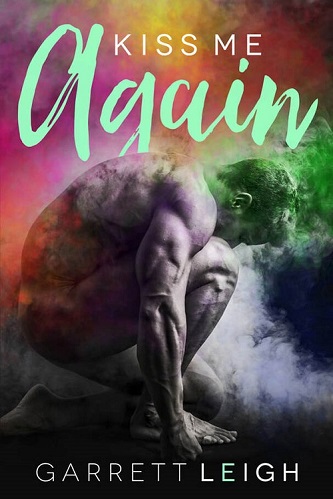 Blurb: Tree surgeon Aidan Drummond is content with his own company. He works alone, and lives alone, and it doesn’t occur to him to want anything else until a life-changing accident lands him in hospital. Then a glimpse of the beautiful boy in the opposite bed changes everything.

Ludo Giordano is trapped on the ward with a bunch of old men. His mind plays tricks on him, keeping him awake. Then late one night, a new face brings a welcome distraction. Their unlike-ly friendship is addictive. And, like most things in Ludo’s life, temporary.

Back in the real world, Aidan’s monochrome existence is no longer enough. He craves the col-our Ludo brought him, and when a chance meeting brings them back together, before long, they’re inseparable again.

But bliss comes with complications. Aidan is on the road to recovery, but Ludo has been unwell his entire life, and that’s not going to change. Aidan can kiss him as much as he likes, but if he can’t help Ludo when he needs him most, they don’t stand a chance.

Review: Kiss Me Again is a standalone novel by Garret Leigh. Leigh is an author that I enjoyed immensely in the past but looking at the blurb the subject was quite different to what I was used to reading from them.

However, I am pleased that this book is a solid, heart-felt romance. I will warn that some people may find the subject of mental health issues a little confronting, especially in a romance. Yet in saying that, the only reason why I rated this 4/5 was because I felt that many aspect of mental health and bipolar disorder were just glanced over.

The book opens up with a rather grumpy Aidan Drummond. He’s a loner and for the most part he seems happy to be so, even if he appears to rub people the wrong way while doing so. An accident changes his entire life, landing him in hospital – fighting for his life and then with a long road of recovery ahead of him. It is when he starts to become more lucid in hospital that he meets his roommate properly, Ludo Giordano.

Ludo isn’t a stranger of hospitals. He suffers from bipolar disorder and has a very strict mental health plan as part of the NHS (so, yes, this is set in England). And while I enjoyed the details of his treatment when I said that some things felt that were glanced over – I was really referring to his behaviours caused by his disorder. Ludo hasn’t had an easy life either, and that has certainly contributed to his mental health issues. But when he meets Aidan, the boredom and tedium change and the two men start a friendship that is cut short by hospital moving and later discharging the men.

A couple months later they meet by chance. Ludo has missed Aidan since they last met and seeing him again, Ludo feared that his mind was playing tricks on them. But Aidan felt the loss of Ludo in his life just as acutely as Ludo had. Aidan has been struggled as well, the solitary life he had led before his accident is now something that he no longer enjoys.

Aidan isn’t scared off my Ludo’s challenges. He eventually realises that they both harbour loneliness and sees potential in them being perfect for each other.

If you’re looking for a sweet, gentle and down to earth romance, I think this would work for you.