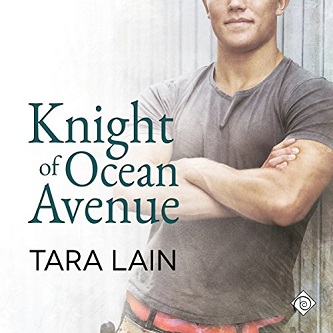 Blurb: How can you be 25 and not know you’re gay? Billy Ballew runs from that question. A high school dropout, barely able to read until he taught himself, Billy’s life is driven by his need to help sup-port his parents as a construction worker, put his sisters through college, coach his Little League team, and not think about being a three-time loser in the engagement department. Being terrified of taking tests keeps Billy from getting the contractor’s license he so desires, and fear of his mother’s judgment blinds Billy to what could make him truly happy.

Then, in preparation for his sister’s big wedding, Billy meets Shaz – alias Chase Phillips – a ris-ing-star celebrity stylist who defines the word gay. To Shaz, Billy embodies everything he’s ever wanted – stalwart, honest, brave – but even if Billy turns out to be gay, he could never endure the censure he’d get for being with a queen like Shaz. How can two men with so little in com-mon find a way to be together? Can the Stylist of the Year end up with the Knight of Ocean Avenue?

Review: Knight of Ocean Avenue is the first book in Tara Lain’s series, Love in Laguna. I’m very familiar with the author, although I have to admit I think I may have read one of the books in the series in epub format but I don’t remember at all. Regardless, I was looking forward to starting this series on audio, purely because of the blurb and my previous experience with the author.

Billy Ballew is a huge man, he’s a construction worker, he is everything that is blue collar. However, at the age of twenty five, Billy has only just allowed himself to want someone sexually. Before now sex and attraction has been a non-event for the most part. He was labelled as stupid most of his life and so he simply dropped out of school and began to work hard to make money. He has put all his energy to help his sisters through college. he has become excellent in his work, so much so he’s been urged to get his contractor’s license but is terrified of tests (linking back to his school experience). Billy really does know he isn’t straight, although he has never accepted it and mostly because he fears how his mother would react to his sexuality. For the most part, Billy is happy with his lot in life. Then he meets Shaz.

Shaz, real name Chase Phillips, is an up and coming designer who has become sought after by the rich and famous. He has no questions of who he is what he needs to do. Chase is cool and confident. As soon as he meets Billy there is a brilliant spark, these guys have a great connection and it was lovely to be able to see this spark of attraction develop between the two. At first Chase thinks that Billy is straight, and then after that both Chase and Billy must go on a journey of discovery regarding each other before they can contemplate a HEA.

Chase is interested in Billy as a man, but also in Billy as a person and it was so easy to fall in love with Billy through Chase’s eyes. In saying that, the same is true for Billy and seeing Chase through his eyes.

The narration of this book was performed by KC Kelly. On the whole, I really enjoyed the narration and the thought that Kelly did a wonderful job conveying the emotion from the words. However, the one criticism I have for this was the voice for one of the secondary characters, Ru, whose story is told later in the series. There was something about the tone that I did not like and I hope that it hasn’t been carried over to Ru’s story, because I’m just not sure if I could hear that voice for a major character.

This is a great start to a series. I’m looking forward to getting to the audio of the rest of the series. The main theme being that one of the MCs must come out of the closet so that he can embrace happiness and love. I recommend this to those that like a down to earth romance in an almost tropical locale.