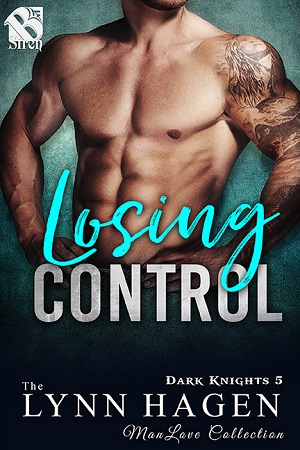 Blurb: After his brother is killed, Caleb seeks answers. He follows one of the men from the funeral, needing closure. He wanders inside Krave, one of the hottest gay clubs in the city, watching Raven from the bar, drawn to the man by something Caleb can’t explain. But when Caleb decides to leave, it’s Raven who confronts him, demanding to know why Caleb has been stalking him the entire day.

Raven can’t believe he’s found his mate. The only trouble is, Kovachi has bewitched Raven, and now he feels a compulsion to kidnap Caleb and take his mate to the enemy. The new leader of the Hunters is in Raven’s head, and the only way to stop him from controlling Raven is to put a wall up in his mind. It’s a temporary fix, but one that allows Raven to show Caleb that he’s not alone in this world, that he has Raven in his corner as Caleb mourns his loss.

Review: Each book in the Dark Knights collection features a new romantic couple. To enjoy the overall story arc and crossover characters, I would recommend reading the series in sequential order. This series is actually one of the branch off of the Brac Pack and several others so I would suggest starting with the first book in the Brac Pack.

Caleb’s brother Jacob had been killed in a car bombing that was meant for his boss. He wanted answers and decided at the funeral was time to get those answers. To bad he didn’t actually have the guts to go up to the man, just follow him for hours in his car.

Raven knew right off the bat that he had been followed by not one but two vehicles. The first one was definitely noticed. The kid was not made for it, but he still needed answers. What he found was his mate. To bad the hunters found out about Caleb, because he will kill anyone who comes after him.

The first thing I am going to say is that I hope that Jacob isn’t dead but that is just a wish. This story was pretty cool and I enjoyed reading it. It gave me everything I could want in a story and so much more. The characters made it rock, although in a way it does leave you hanging. Which means I can’t wait to get my hands on the next book.