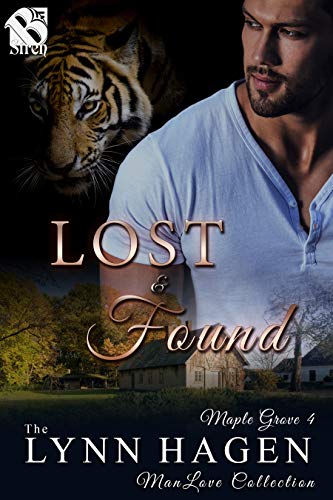 Blurb: Steven Dunkin has no clue who the stranger in the coffee shop when the guy asks him what flavor ice cream he recommends. All Steven knows is he feels a strong attraction toward the guy. So when Derek invites him home, Steven has no problem going. The world he steps into thrills Steven. He has his very own tiger shifter, but Steven fears this is too good to be true, so he runs home after having amazing sex, fearing he’ll never see Derek again.

Derek Mitchell is fascinated with the human from the moment he lays eyes on his mate. Steven is charming, shy, but puts his trust in Derek’s hands when they meet. There is just one problem. Derek’s ex-boyfriend is stalking him. Tristan cheated on Derek, and that was a line Derek couldn’t come back from. When Tristan shows up at Derek’s family reunion, he knows his ex has slipped over the edge and Derek must protect Steven at all costs. But will Tristan take things too far?

Review: Steven is a sweet innocent young man and had the best brother ever. When his mother was pregnant with him she had been using and it left him a little bit slow. His brother always watched out for him. However when a man asked him out after some ice cream his little life was about to get more interesting.

Derek owned most of the town but never truly flaunt it. He had an idiot for an ex that seemed to want him back and a weasel for a cousin. Now he has found his mate. He is falling in love but danger is just around the corner.

I really liked the characters quite a bit but the story felt like it was lacking something to make it stand out. It had the same old ex who wanted revenge or his man back theme which is a bit old to me. However other than that it was pretty good and I can see it being read many times over.