Hi guys! We have A.L. Lester popping in today with the tour for her new release Lost In Time, we have a brilliant guest post by A.L., a brilliant $10 Amazon GC giveaway and my review, so check out the post and enter the giveaway! <3 ~Pixie~ 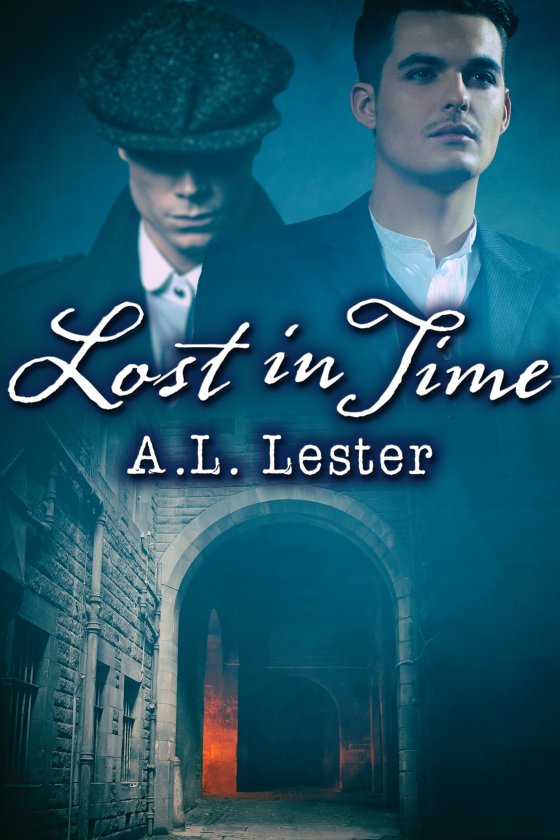 Hi folks! A. L. Lester here, on the final stop of my five-station blogtour! Thank you so much for coming and reading. My first novel, ‘Lost In Time’ is out this month and I am on a five-stop Blog Tour to introduce myself. Today I’m going to talk about What I Want To Be When I Grow Up.

I can’t remember what I wanted to be as a small child. But after I hit about fourteen, I had a plan that involved never marrying, living in a small, remote house with a garden and a duck pond; and keeping a flock of ducks and a string of lovers.

Some of this has happened. Some of it has been sadly lacking.

I said earlier in this series that I grew up on a Smallholding. My background is one where ones income comes from growing or making stuff and selling it. After I hit fifteen, my pocket money came from keeping a few dozen ex-battery hens and selling their eggs in the local market every weekend. Ma and Pa took a load of vegetables and flowers in to sell every Friday for the Saturday market and they’d take my eggs as well. Ma paid my sister’s school fees with the sales of apple pies and jam each weekend. She says she knew she had to make a certain amount every week to cover the bill, else that was that.

When I left home, I went to college for a bit and got a couple of degrees. I have never used the first one – Archaeology and History are fascinating but their real world applications are pretty minimal unless you want to actually work in the field – and in between that, I learned to copy- or audio-type at seventy words a minute whilst simultaneously holding a conversation about a completely different subject. That’s the most useful skill I have ever learned. And thinking about it, fantastic preparation for parenthood.

After a bit of time copy-typing and regretting my college choice, I fell in to a graduate degree in Geographical Information Systems, which was in its infancy then. Now, you can do an undergraduate course and specialise really early on, but then – the mid nineties – you could only go the postgraduate route. It seemed like a really good way to combine my interest in both the past and computers. Afterwards, I toyed with the idea of a doctorate, but in the end, I’d had enough of the ivory tower of academia and wanted to be back in the real world. Retrospectively, this may have been a mistake, but I was in my mid twenties and had a certain amount of judgemental arrogance. Instead, I went to work for a well known UK telecoms company and used the time to discover I really, really hated the corporate world and that the money for nice shoes, whilst lovely, wasn’t more important than my sanity.

I ended up quitting and teaching various levels of IT and office skills in an adult education setting. I loved it. My favourite class, ever, was made up of Hilda, Ada, Muriel and Betty. They had come to my ‘Computers For The Terrified’ class on a Friday afternoon as a change from their usual crochet sessions. Their average age was eighty and they were hilarious.

“Remind me how to save the file again, dear. I’m so sorry. I used to be able to remember things, but it’s all gone now.”

“I can’t get used to this mouse, Ally. My grandaughter has given me her old lapthing and it hasn’t got a mouse, it’s got a trackpad.”

“I’m so sorry dear. I have no idea how this came up on my internet search. I really wasn’t looking for naked men. It won’t get you in trouble with the centre, will it, that he’s got that big erection?”.

At the same time, I was extracting myself from a relationship where my partner thought it was acceptable behaviour to throw me over the sofa. I eventually moved out and found myself a little house deeper in the Welsh valley I lived in – South Wales is a bit like Narnia, in that further up and further in is the way to go to uncover all the glories. It was ten feet and one inch wide, with a garden a hundred feet long. I borrowed the money to renovate it from my father and did it up myself. I swore off relationships completely.

And then of course, OH turned up. I considered dating him simply because the house I had bought had no duck pond and I knew that my adolescent dream couldn’t come true whilst I was still there.

Fifteen years later … I have had the duck pond. I have had the remote house. I have even had the string of lovers, a long time ago. But never all at once. And I’ve come to the conclusion that whatever you start off wanting – astronaut, scientist, writer, duck-keeper, Madame Bovary – you are pretty lucky if you hit that happy streak straight away. I think you’re more likely to find your groove by the process of elimination.

Thanks for coming on my blog tour with me. I blog semi-regularly at http://allester.co.uk and I tweet as @cogenthippo. It would be great to hear from you! (a FREE short story introducing the characters from Lost In Time).

A.L. Lester likes to read. Her favorite books are post-apocalyptic dystopian romances full of suspense, but a cornflake packet will do there’s nothing else available. The gender of the characters she likes to read (and write) is pretty irrelevant so long as they are strong, interesting people on a journey of some kind.

She has a chaotic family life and small children, and she has become the person in the village who looks after the random animals people find in the road. She is interested in permaculture gardening and anything to do with books, reading, technology and history. She lives in a small village in rural Somerset and is seriously allergic to both rabbits and Minecraft 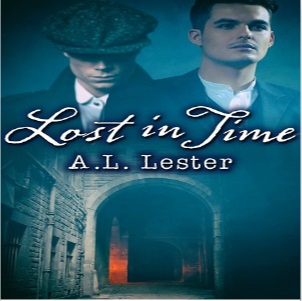 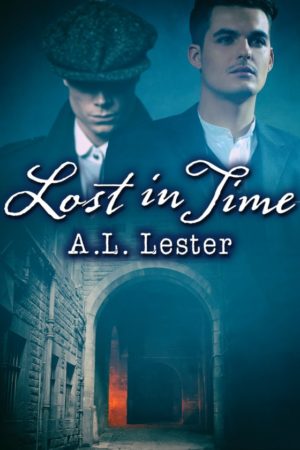 Blurb: Lew’s life is pleasantly boring until his friend Mira messes with magic she doesn’t understand. While searching for her, he is pulled back in time to 1919 by a catastrophic magical accident. As he tries to navigate a strange time and find his friend in the smoky music clubs of Soho, the last thing he needs is Detective Alec Carter suspecting him of murder.

Review: Lew searches desperately for his foster sister Mira when she messes with The Border, something she doesn’t understand; now Lew is stuck in 1919 trying to find his feet and his missing sister… but something is lurking in the shadows, something that followed them from the Outlands.

Alec Carter has settled back into life as a police Inspector at the station he served at before the war, when he’s called into investigate mysterious deaths at a hospital. Stumped, it isn’t till a brutal murder that he gets any leads and his suspicion rises about the photographer who has secrets.

This is a great story that plunges you into the life of London in the 1920’s, it adds a twist of paranormal and a dose of forbidden longing.

The story is mainly from Lew’s perspective with Alec’s perspective thrown in at times; there isn’t a real romance just a promise of something lingering throughout the story. The story is mainly focused on finding Lew’s sister and then finding the creature that is hunting in London, we discover slowly over time the role of the Workers and The Border and what they think the creatures are.

I really liked this story and enjoyed following Lew along as he gets settled in a new time and finds his feet. Alec looks to be an interesting man and I can’t wait to see how their relationship progresses in future books.

The storyline is good and flows quite well once you understand the concept of The Border and how both Mira and Lew found themselves in the 1918 & 1919. We discover that Mira and Lew have more allies than they thought and that there just might be lives for the both of them in the time they discover themselves in.

I recommend this if you love time-travel, historical’s, mysterious creatures from another place, and the beginning of something forbidden between two men.