Hi guys! We have J.L. Merrow popping in today with her new release Love At First Hate, we have a short intro from J.L., and a fantastic giveaway where you can win a $10 Amazon GC, so check out the post and leave a comment to enter the giveaway! ❤ ~Pixie~ 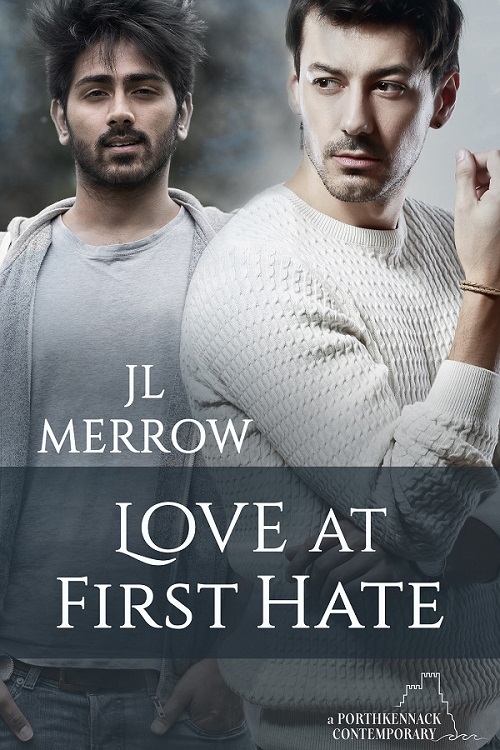 Bran Roscarrock has been living in the closet all his life. As heir to an expansive family legacy in the town of Porthkennack, old-fashioned ideals of respectability and duty were drummed into him since childhood, and he’s never dared to live—or love—openly.

Sam Ferreira, an old friend of Bran’s brother, Jory, is a disgraced academic desperate to leave his dead-end job. When Jory asks him to take over as curator of a planned exhibition on Edward of Woodstock, the fourteenth-century Black Prince, Sam leaps at the chance to do what he loves and make a fresh start.

But Bran’s funding the exhibition, and though sparks fly between the two men, they’re not all happy ones. Bran idolises Prince Edward as a hero, while Sam’s determined to present a balanced picture. With neither of them prepared to give ground, a hundred years of war seems all too possible. And if Bran finds out about Sam’s past, his future may not be bright, and their budding romance may be lost to history.

Hi, I’m JL Merrow, and I’m delighted to be here today as part of the blog tour to celebrate the release of Love at First Hate, the second of my contemporary MM romances in Riptide’s multi-author Porthkennack series.

Love at First Hate features a romance between a newcomer to Porthkennack and a character whom readers of my first two Porthkennack books, Wake Up Call  and One Under, will have already met: Bran Roscarrock. As you might imagine, Bran, who is an antagonist in the first two books, is on something of a redemption arc. But we’ll also get to see where he’s been coming from, and why he’s acted as he has.

The Porthkennack novels are standalone stories; release order and era are: To celebrate the release of Love at First Hate, JL is giving away a $10 Amazon credit!

(Entries close at midnight, Eastern time, on September 8, 2018. Contest is NOT restricted to U.S. entries.)