Hi guys! We have Jessamyn Kingley popping in today with her new release Marked by Lightning, we have a brilliant excerpt so check out the post and enjoy! ❤️ ~Pixie~ 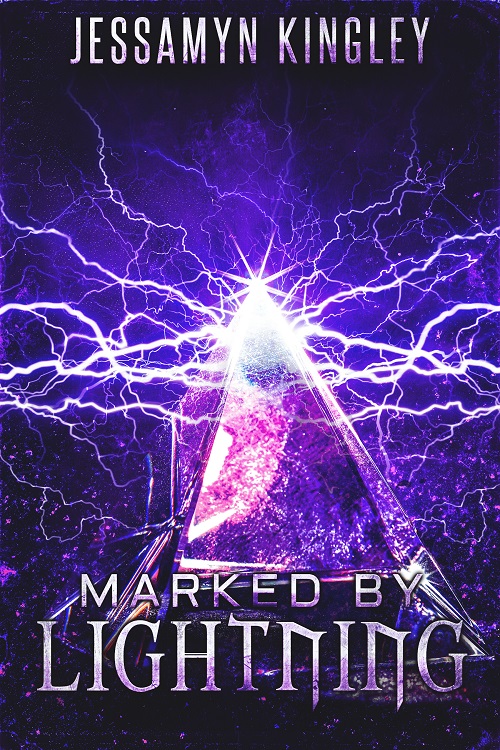 For two wizards from opposite worlds, only fate knows if a future awaits them.

When a group of intrepid sorcerers leaves their government, Prism Wizard Vadimas Porfyra is selected to lead them. After centuries of denying his chosen school of magic, Vadimas is embracing the full power of his hue. Busy ruling the Spectra Wizardry, he believes the only thing missing from life is a tidier house. Treasured by the large D’Vaire family, Vadimas is content and not seeking anything beyond knowledge.

Far from the Council of Sorcery and Shifters is Arch Wizard Severin Dewitt, the Fate-chosen leader of the wizards. Little is known about the man whose wrist is marked by lightning. Severin is rarely seen, and unbeknownst to most, inside a house he cannot leave, his every move is being watched. Yearning for freedom, Severin must take matters into his own hands to forge his own destiny.

The Consilium Veneficus considers Vadimas an upstart and a traitor, so when he and Severin find out Fate has chosen them as a couple, there is little consensus on what the future holds. Severin’s knowledge of Fate is minimal, making it difficult for him to accept that a matebond rises above everything, while Vadimas trusts her fully, pushing their relationship to the brink.

Will distance, separate goals, and the ocean separating their populations of wizards stand between Vadimas and Severin forever, or can the two compromise to build a future together?

Confident that he looked the part of leader, though he lacked the mark of lightning given to the wizard leader he was about to meet, Vadimas waited for Myrddin to fly up onto his shoulder.

His familiar in place, Vadimas strode purposefully into the building, and the dragons helped him breeze through their checkpoints. Previously an oddball with no clout, he now traversed to the Office of the Emperor at least weekly, so he knew the dukes by name. A quick trip up the elevator and yet one more duke to exchange pleasantries with, and Vadimas made it to the main reception area.

“Hi, Vadimas. Did you hit any traffic?” Royal Duke-mate Niko Draconis asked as he rushed over to give him a hug.

“Not at all, is everyone waiting for me?”

“Are you coming too?”

Niko shook his head. “No, Costas will give me the full rundown afterward. I’m going to get caught up on some work while I wait for my mate.”

“Well, no time like the present to find out what has brought the Arch Wizard out of hiding.”

The doors to the office were wide open, so Vadimas strolled through the gorgeous space that the Emperors shared with three of their dukes. Off to the left, he could barely see Ducblanc-mate Tiridythas D’Vaire concentrating on his sewing machine. Vadimas couldn’t remember another instance when the door to his workshop was closed, but with the dukes in with Their Majesties, Vadimas assumed his other half, Ducblanc Zane Draconis, had insisted. Only allowing himself a moment to square his shoulders and strengthen his resolve, Vadimas turned the door handle to the boardroom and pulled it open.

Myrddin made a strange noise and flew off his shoulder as Vadimas’s body went crazy. The smell of a newly printed book filled his nose—a scent Vadimas had never found an equal to—and his balls tingled while his cock nearly made a fool of him as it tented his slacks. He tugged his cloak over his erection as his gaze sought out a wizard with heterochromia iridum. One eye was the same violet as Vadimas’s own gaze, and the other was a bright goldish yellow, though they were both widened with shock as he stared. His flaxen blond hair brushed his shoulders in chunky layers, and his face was almost delicate in its symmetry.

As soon as Vadimas could get air in his lungs, he realized that not only was the Arch Wizard his mate, but he was the only sorcerer he knew of with two distinct hues of the rainbow—and each one was a separate pool of magic. They were nulled by what he suspected was a cuff he’d recently helped intensify. Now only one cuff was necessary, so suspects or prisoners could be deprived of their Fate-chosen ability to shift or cast without both their arms behind or in front of them like traditional restraints.

A meow reached his ears, and that was when Vadimas noticed the cat clutched in the Arch Wizard’s grasp. Like the sorcerer himself, he was dual-eyed, and his features were nearly dainty. Myrddin was making a nuisance of himself by standing on the table in front of the Arch Wizard and bumping his head into the cat, who was sniffing the dragon suspiciously.

Vadimas wasn’t going to comment on the fact that they’d both picked names for their familiars from Arthurian legend and in the same language. “Myrddin, leave Emrys alone,” Vadimas ordered, though his dragon blithely ignored him. The cat was lolling his head into Myrddin, and they appeared to be having a great time, so he gave his attention to the still-staring Arch Wizard. Since he’d taken up the role of Prism Wizard, he’d never once considered he would be called by Fate as a leader. For decades, he’d allowed inadequacies to fester as he faced people who had been, so it was quite a shock to find that his mate was the one selected to rule. As far as being someone’s other half, Vadimas had no clue where to begin. He was good at being a wizard and had long ago shaken off any idea of deficiency, but he had no confidence in his skills as a potential partner.

Gathering his thoughts, Vadimas couldn’t quite manage a smile as he wondered what in the world to do. It was so unusual for him not to have the assurance to trudge forth after assessing the best way to tackle a problem that he was at a loss for words. “Arch Wizard, I like your cat.” Closing his eyes, Vadimas shook his head at his own idiocy.

Severin appeared almost trancelike as he stood up slowly, and Emrys leapt out of his hold to join Myrddin on Their Majesties’ giant table. “I was told Fate would help you know who she selected as a possible mate, but I didn’t expect…so much.”

Bristling at the word “possible,” Vadimas pulled himself together. “Yes, well, it would be no use for her to give you a mate if she did not give you an undeniable way of discovering them.” 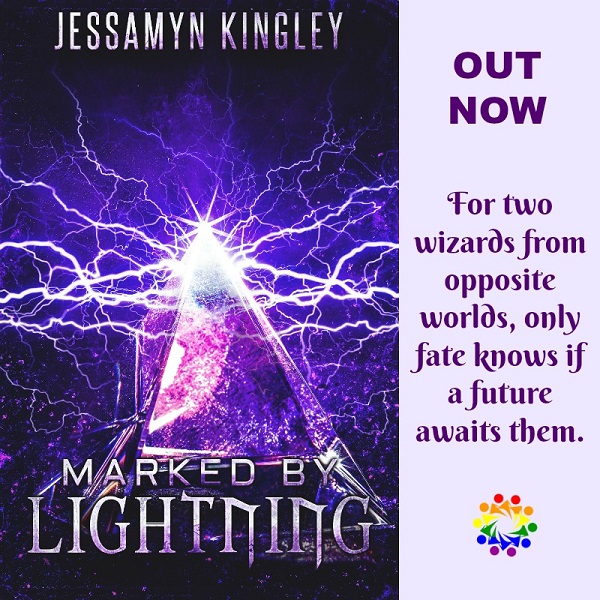 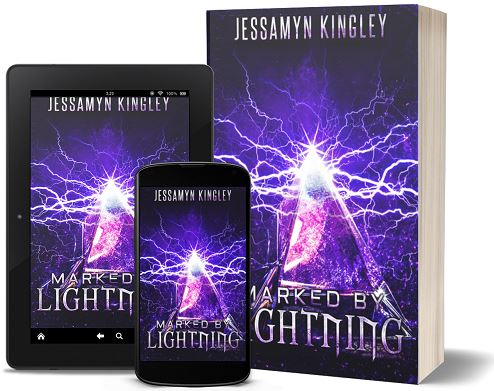 Follow the tour and check out the other blog posts here