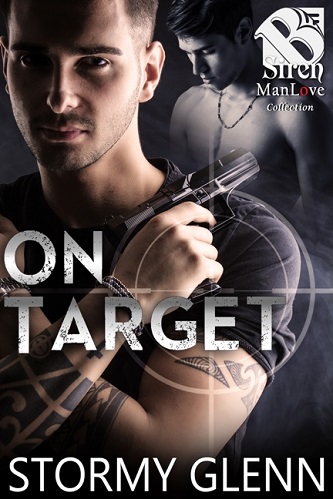 Blurb: Haus Jackson was mystified by the voice that came out over his comm-unit and directed him to safety time and time again. He had no idea who the man was, but he couldn’t fault his intel. Kevin had saved him more times than he could count, but who was he? Kevin Davis had a debt to pay. He owed Haus his life and he was going to make sure that the man had the backup he needed. He might not be able to be there in person, but he had mad computer skills and he planned to use them to keep Haus alive. When someone started to mess with Kevin, he had to wonder if it was due to the top secret intel he was sharing with Haus or if it was something more. Kidnapped and tossed into a trunk, he was terrified no one would be able to save him, not even Haus.

Review: Each book in the Special Operations collection features a new romantic couple. To enjoy the overall story arc and crossover characters, I would recommend reading the series in sequential order.

Haus has an angel on his shoulders and is glad for it. Kevin seems to call him and get him out of danger each time. The only problem is he has no clue who the hell the guy is or how he is doing it. The guy is even better than Charlie and that is saying something.

Kevin is a damn good soldier but now he worked for Homeland Security looking for terrorist. Give the man a computer and he can find anyone and everyone. A few years ago Haus saved his life and he has decided to pay him back in fold. Or that was the way it started at first, now the man had his attention in different ways. When Kevin is kidnapped it is up to Haus and his guys to help him out. Maybe it was time to meet.

This has always been one of my favorite series out there. I always look forward to them coming out. The characters are always fascinating and lets face it, men with guns are a total turn on. Their cases or problems that seem to come at them are so well thought out that it feels like you are right there with them. This story caught my attention from the start and kept it all the way to the end. I can guarantee that this book will be read many times over.

I had a blast reading this and can’t wait to get my hands on the next book. I would definitely recommend it and the previous books.