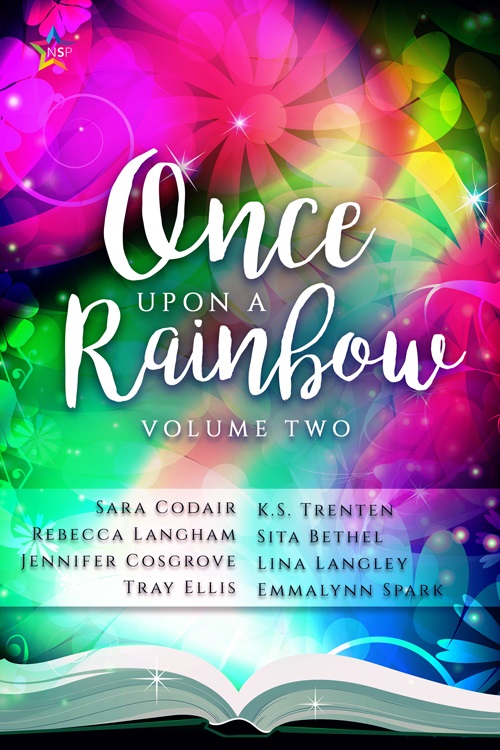 from Coming Home by Jennifer Cosgrove

“I REALLY DON’T want to go.” Scott fiddled with his bow tie and glared at his reflection. He glanced up to include his father in the hard look but sighed as he took in the resignation on his own face in the mirror.

“I know. But you knew this was coming,” his father said.

Unfortunately, that was the truth. It’d been inevitable. Scott just didn’t have the balls to disappoint.

“At least you’re going with a friend.”

That was also true. It was known among the society in which they lived that Scott was gay, but it would be a step too far to bring a guy as a date to his sister’s “coming out” gala. The irony wasn’t lost on him, but it wasn’t like he was dating anyone anyway. And it wasn’t worth the attention. The lip service to “support” and “inclusion” was laughable, but he’d gotten over letting them get to him a long time ago. Besides, it wasn’t like he was the rebel son who got his picture taken stumbling out of a club at two o’clock in the morning, though that might have been more fun.

“You’re right.” Scott turned around so that his father could straighten the bow tie for him. “At least Lizzie seems pretty happy about it.”

His father rolled his eyes, and they shared a grin. “I’ll be just as glad as you when this thing is over.” Lizzie, or Elizabeth as she insisted on being called, had been a nightmare to be around the last few weeks. Everything was overdramatized; the smallest thing going wrong was the end of the world. It had been enough to force Scott and his father to contemplate an extended trip to Europe, but his mother had put a stop to that.

They turned as the elevator dinged, and Scott sighed with relief. “Ah, there’s Molly.”

Molly entered the sitting room just as they walked in. She smiled when she saw them. “You two look great.”

“And you look lovely as always, Molly dear.” Scott’s dad stepped forward to kiss her cheek. “Are you ready to get this over with?”

Molly laughed. “Oh, it’s not so bad. I survived mine.” Hers had been two years ago, and Scott had been her escort then as well. Now Molly had a boyfriend, who was unfortunately out of town for work. The lucky bastard. This worked well for Scott, but he knew Molly would rather Michael be there. Scott liked Michael and was glad Molly had found someone who treated her with the respect and love she deserved. He hugged her quickly, careful not to smudge her makeup.

“Nice dress.” Scott took her hand and held it up so she could twirl around. “Your design?” Molly was a budding designer, just starting to make a name for herself. In fact, getting the nod to design Lizzie’s dress had been a bit of a coup. It was the only decision of Lizzie’s Scott had agreed with in regard to the whole damn thing. At least Molly would get some good exposure.

“Of course.” She smoothed down the dark blue fabric. “I know it’s gauche to wear the same designer as the special girl, but since I am the designer—” She shrugged. “Oh, well.” Molly looked Scott over with a critical eye. “All right, your turn. Spin.” He rolled his eyes, and she snapped her fingers at him. “Come on, we don’t have all day.”

Scott held out his arms and turned around. She brushed over his shoulders and ran a hand down his lapel before giving his pocket square a tug to return it to the correct angle. It coordinated with her dress exactly, which wasn’t a coincidence, since she had tailored that as well.

She patted his cheek and then tweaked his nose. “You’ll do, I guess.”

He crooked his arm and she took it.