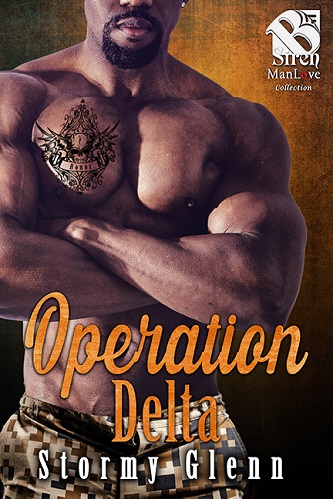 Blurb: I was a pocket protector, glasses wearing, social anxiety disorder, nerd. I was also one of the smartest people I knew, which was why I never understood how some people could do the things they did.

After witnessing a murder and then having someone break into my house and destroy it, my disgust with the world at large only grew deeper. When the man who’d committed that murder takes an unusual interest in me, my disgust took a nosedive. I did the only thing I could think of. I called in the geek squad.

When my friends couldn’t reach me in time, they sent Corporal Abiola Sesay. I had no idea the man even knew who I was, but when Abe showed interest in me, I wasn’t about to say no. Genius, remember?

Someone is after me and they have no problem eliminating any obstacles in their way, including Abe. When I end up having to rescue him, my view of the world starts to change. I still wasn’t sure I liked it, but I was willing to do just about anything to save the man I was falling for, even leave the safety of my comfort zone.

Geek Squad to the rescue and it would seem that Danny might just need him. Not to long ago Danny had came out of his cave to help his best friends out. In the end it left him able to shift in to a beautiful cat. He was also smarter than anyone would ever think and could work on anything. His only problem was people. After working a bit on a program he had headed home but went back to the university when he forgot his gloves. It gave him the opportunity to witness a murder. Now those who are behind it are after him, but not for what he saw. He needed help and Abe came to his rescue.

Abe was part of the same military team as Ian’s boyfriend was. So when the geek squad need rescue they were the ones who went in to help. Abe has always wanted Danny from the moment he saw him and now might just be the chance. But this time Abe is the one who needs to be rescued.

Fascinating, entertaining, unique and some hot sexy times are just a little of what you get in this story. It caught my attention from the start and kept it all the way to the end. However I wasn’t too surprised because this is one author who I will always be on the lookout for her books. The worlds that are created and the characters are a blast to read. I love the closeness that these guys have going on with each other.

I had a blast reading this and can’t wait to get my hands on the next book. I can guarantee that this is one of those stories that will be read many times over.