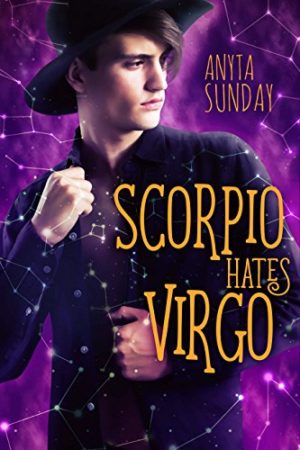 Blurb: This year is all about healing the heart, Scorpio. It’s time to leave negative attitudes and stoic facades at the door and let others see the real, more vulnerable you.

Percy Freedman is not grieving. Absolutely not, take that back at once. No, he’s entirely sure that selling his dead aunt’s home and leaving the neighbors he’s known for years is the sane thing to do. Who in their right mind would keep the house that smells like all the hugs he’ll never have again?

Well, except his cul-de-sac neighbors. They all seem to think some paint and new furniture will clean the emotional slate. They all want him to stay.

Even his nemesis, Callaghan Glover.

Lured into a game of Sherlock Gnomes, Percy finds himself hanging out with his neighbors more than might be considered healthy. Along with juggling new and surprising verbal grenades from Cal, and his burgeoning friendship with Gnomber9, Percy is starting to wonder if selling might have been the grief talking after all . . .

That’s right, Scorpio. With a little patience, heartbreak might be a thing of the past . . .

“Scorpio Hates Virgo” contains sarcasm, sexual content, a slightly sappy HEA, and an unhealthy obsession with dinosaurs.
It can be read as a standalone.

Review: I loved EVERYTHING about this story, the heartache, the humor, the sarcasm, the ‘frenemies’ motive…I even loved the way each chapter started with a definition! Such a charming book! My only complaint is that it ended, because I could’ve kept reading about this wonderful cul-de-sac forever and ever!

Percy Freedman is hurting after losing his dear aunt, the one who gave him a home when his parents threw him out. Coming back to her home to clear the rest of her things and put it on the market is breaking his heart, but Percy is not letting himself grieve properly. Grieving his aunt means he has to accept that she’s truly gone, and he’s not ready for that. Playing ‘frenemies’ with his neighbor and the person Percy lusts after is exactly what he needs to get his mind off things.

Callaghan Glover is Percy’s long time nemesis, but Callaghan wants more than anything to be Percy’s friend. Both Percy and Cal enjoy their verbal sparring too much to quit any time soon, but their frenemies status turns into a beautiful friendship. Percy has been lusting after Cal for a very long time, but it takes Cal quite a while to figure out his feelings for Percy, and even longer to feel sexually attracted to him. Cal’s demi-sexuality is subtly introduced to the story and integrated in a way that it made Cal’s behavior and feelings towards Percy make sense. Everything tied together in a seamless way, and I loved that more than I can say.

The secondary characters were amazing, especially Cal’s family and Theo’s mother. But to be totally honest I loved them all, and I adored the gnome games and everything else that made the neighborly/community spirit come shining through.

This book made me swoony and there’s nothing better than that!