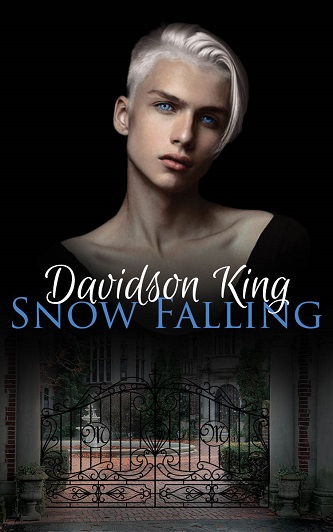 Blurb: After running from a past destined to kill him, Snow has been hiding on the streets.

His entire life changes when he saves an eight-year-old boy from a violent end. Christopher Manos is one of the most powerful crime bosses in the country.

Don’t ask anyone to do something you aren’t willing to do yourself.
Secrets can get you killed.
Trust nobody!
These are the rules he lives by.

When his eight-year-old nephew disappears, he never expects the boy’s savior to end up being his own. A man with a dangerous past and a man with a dangerous future find love amidst murder and mayhem. But with Snow’s life being threatened at every turn, will Christopher’s best be enough to prevent Snow Falling?

Review: What an epic beginning to a series. I can already tell this series will be in my all time favorite top five list. Snow has spent a long time on the streets surviving and keeping to himself. Saving an eight year old boy from the clutches of a guy with evil intentions was a no brainer. Eight, the boy, was a delight. I loved him.

When Snow delivers Eight home he gets the shock of his life when learns eight’s Uncle is Christopher Manos, a feared crime boss. But Chris is not as terrifying as Snow thought and the two grow closer. Snows past rears it’s ugly head and with Eight’s urging Chris protects Snow the only way he knows how.

I loved this story. Chris and Snow were perfect for one another. I am looking forward to reading more about the other characters introduced in this action packed, intense, drama filled book.