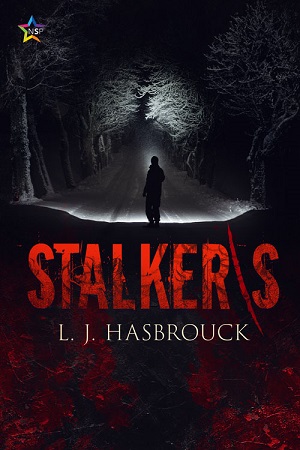 Blurb: Brian Jameson doesn’t even get a chance to pick a college before a worldwide pandemic breaks out—and his home is Ground Zero. After losing his parents and sister in a whirlwind of devastation, Brian’s war-veteran grandfather takes him under his wing. But when desperate looters attack Brian’s new home, he and his grandfather must flee into a wintery Midwestern wasteland now populated by intelligent infected known as “Stalkers.”

Review: After losing his family to devastating virus that breaks out into a pandemic that is widespread. The humans are infected by bite or being scratched. They are ghoulish in appearance and laugh constantly even while being killed.

He meets up with his grandfather and together they head toward a friend that his grandfather knows along with two twins that he’s known since childhood but something happened between him and Louis that separated the two families long ago. Louis was a bit crazy and aggressive to me. I never understood why if he liked Brian why he treated him the way he did.

The group heads out after many heartbreaking losses toward an island Louis knows about. There are many dangers along the way and many deaths along with how humans react to an end of the world situation. The whole story reminded me of the t.v. show the walking dead.