Warren Rochelle has a new collection of gay fairy tales out:

“The Wicked Stepbrother and Other Stories.”

These stories are part of our cultural fabric. We retell them, over and over, and the stories change in the retellings, to reflect contemporary culture, such as Princess Charming, heroes and heroines as people of color. It has been only relatively recently that queer folk have found their way into the retellings, as they have here, in this collection of stories, stories that grew out of questions:

What if the prince falls in love with Cinderella’s gay stepbrother?

What if Rumpelstiltskin doesn’t really want the Queen’s child? He wants his old boyfriend back, the King.

What if Beauty and the Beast were two men?

As fairy tales do, these stories explore the human condition, human experience, through the metaphors of magic and the magical, exploring what it means to be human. After all, all fairy tales are true. But this time, with a gay perspective.

In these tales, retellings and original ones, readers are asked to consider what price must be paid for happily ever after—which is not guaranteed. Love, on the other hand, without a doubt. These tales are love stories.

Duty or love? Is love worth great sacrifice?

Warren is giving away a $20 Amazon gift card with this tour: from “The Wicked Stepbrother.”

“You want to make the ugly orange-haired brother feel better? Ease your conscience for being the favored one? You feel sorry for me?”

“Calum. I didn’t mean it that way—I only meant—I mean—I’m sorry.”

She never tried to be friendly to me again. Father slapped me for my rudeness at the dinner table that night, of course in front of everyone. Conor tried to stop him but that only earned Conor a verbal slap. I just stared at him, the print of his hand on my face a bright red. Elena said nothing; her mother just looked smug.

It was the night of the midsummer ball and Father, or so I had heard, was going to announce Conor’s engagement to Elena. And—according to what my footman bedfellow whispered to me—I was to be denounced as illegitimate because Mother had used her magic to seduce him and the marriage was null and void. A horse, a bag of gold, a cage of his doves, and the bastard would be sent on his way to start a new story somewhere else.

Father would wait, of course, to send me off. The engagement party was not to be spoiled. I was ready, thanks to Mary Grace.  One drop from the vial in my pocket into the after-dinner tea and they would all die in a lot of pain, writhing, screaming, their bodies contorting as their skin turned black. Neither Elena nor her mother would be so beautiful then.

But a messenger from the king arrived—a human one. That meant the message was of extreme importance. The man was shown in before the engagement announcement was made, as the beautiful couple spun around the inlaid star in the center of the ballroom with Father smiling. I stood by the long white-lace-covered table, decked out with all kinds of desserts and sweets.

Father, compelled by law to immediately read a sovereign’s message, waved his hand for silence. The dark plague. The first cases, already in the capital. The greenwitches and healer witches were desperately seeking a cure, a vaccine. We were to stay calm, to carry on. The engagement announcement was postponed. I closed my fist around my vial and said nothing.

A week later a scullery maid took sick. She died gasping for breath, the sight in one eye already gone. Colomendy lost fully half of the house servants, and a third of the estate staff. Then, Conor got sick. Elena. Her mother. Father.

Her mother died first. By then, Mary Grace was working day and night to come up with anything that would help and I was beseeching all the gods for Conor. I loved him and I knew if he died that I’d lose one of the few people who loved me back. Mary Grace called me to her herbarium the day after Elena’s mother died to hand me another vial, with one dose of a long-sought-for cure. It was like a vaccine, too, she said. The sick would get better and those not sick would stay well.

I told myself I would have given Father a dose if there had been enough. I knew that wasn’t true. So did Father, who called me to his room the next day. I could barely hear him speak. I knew he could barely see me.

“So, the ugly man-loving bastard wins. You will be Lord Culver, ninth Baron of Colomendy.”

“I’m not a bastard, Father. You just wanted to make me one.”

“You killed your mother. Having you killed her,” he gasped and with what energy he had left, he pushed back against the head board, and lifted his right hand to scrawl a warding sign in the air.

“You should be afraid of me,” I hissed, and he was gone. I was the new Baron.  I was eighteen-going-on-nineteen.

Mary Grace was among the last to die. She had raised me. She had shown me my silver blood; she had helped me learn how powerful I could be. She had taught me magic, despite the magic control laws.

I still grieve for her.

Right now, I am working on completing Fletcher and Sam’s story. Fletcher is in Faerie, now he has to find Sam and bring him back. This task will test Fletcher. I think their story could a novella, but I am not sure.  I keep thinking of more things, of more story. The other project, which might be a novella, or at least along story, is a sequel to my first novel, The Wild Boy, and takes place two hundred years later, as humanity is recovering from the Long Nightmare of the Lindauzi conquest. When can you expect these novellas?  Next year, I hope. I also want to revisit a novel I have rewritten a few times, The Golden Boy, set in alternate history, in the world of the Columbian Empire. Warren Rochelle lives in Charlottesville, Virginia, and has just retired from teaching English at the University of Mary Washington.

His short story, “The Golden Boy,” was a finalist for the 2004 Spectrum Award for Short Fiction. His short story “Mirrors,” was just published in Under A Green Rose, a queering romance anthology, from Cuil Press. “The Latest Thing,” a flash fiction story, is in the Queer Sci Fi anthology, Innovation.

Rochelle is also the author of four novels: The Wild Boy (2001), Harvest of Changelings (2007), and The Called (2010), all published by Golden Gryphon Press, and The Werewolf and His Boy, published by Samhain Publishing in September 2016. The Werewolf and His Boy was re-released from JMS Books in August 2020. The Wicked Stepbrother and Other Stories is forthcoming from JMS Books in late September 2020.

Hi guys, we have Eric Alan Westfall stopping by today with the tour for his new release Prince Ivan, A. Wolfe & A Firebird , we have a great guest post from Eric, a great excerpt and a brilliant $20 Amazon GC giveaway so check out the post and enter the giveaway! ❤️ ~Pixie~ 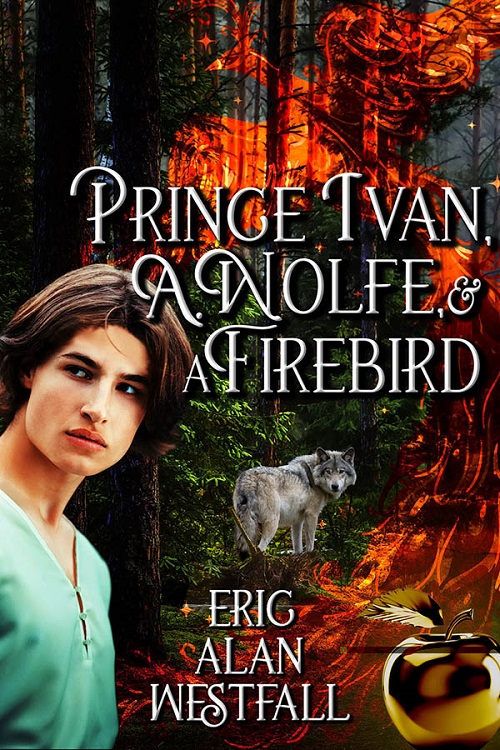 Prince Ivan, A. Wolfe & A Firebird

What do you get when you combine a greedy Great Tsar, his two cheating, bullying older sons, his youngest esser (shh! no saying that aloud) son, stolen gold apples, a Firebird quest, A. Wolfe who has the power t’assume a pleasing shape, a magickal sandstorm, as well as two bands and a full Symphony of Gipsumies?

A rollicking, roisterous Russian Fairy Tale, with vigorous esser activities in tents, halls, bedrooms and alcoves, with and without the assistance of PSTs. Plus princely parades, a duel over Gus, new lyrics to an old drinking song, and the possibility of bits of blood, gobs of gore or moments of mayhem. As required by CORA (the Code of RFT Authors), should these occur, your author will give you timely warning.

Ah. Still not ready to part with your kopek-equivalent? Consider the fun you’ll have reading chapters like:

“To Kvetch, Or Not To Kvetch? A Reader’s Choice”

“Ivan Has A Close Encounter Of The F-Word Kind”

“Second Direction Questers vs. The Caliph’s Sayer Of Sooths”

“A Necessary Interlude To Consider The Age-Old Questing Question: What The [Expletive Of Your Choice, Dear Reader] Do We Do Next?”

If you buy it and try it, you’ll like it, or so says your most talen…er…humble author.

p.s. If Karrie Jax and I have covered you and blurbed you to buy, look for “Dear Reader, Along The Way, Did You Happen To See The Allusion To Olivier?” in the TOC. It’s a spot-the-allusions chance at gift cards of $25, $15, or $10.

166,000 words of story fun and frolic, plus a 2160-word teaser from another MM fairytale: The Tinderbox

END_OF_DOCUMENT_TOKEN_TO_BE_REPLACED 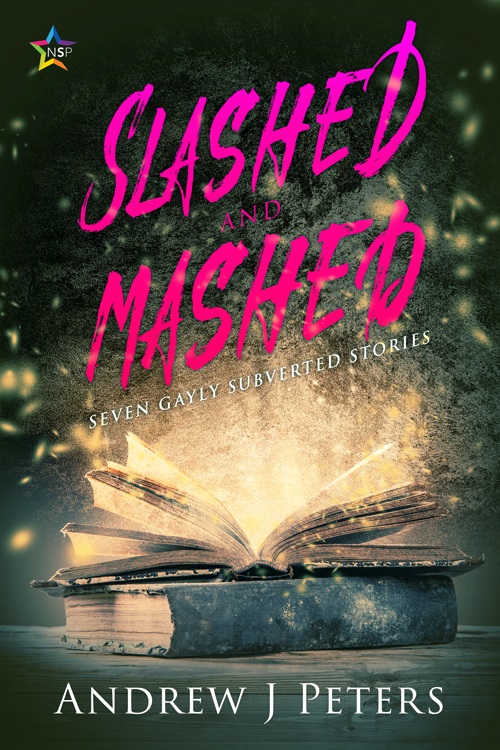