Hi guys, we have Jacqueline Rohrbach popping in today with her new release Soulstealers, we have a great excerpt and a brilliant $10 NineStar CG giveaway so check out the post and enter the giveaway! ❤ ~Pixie~ 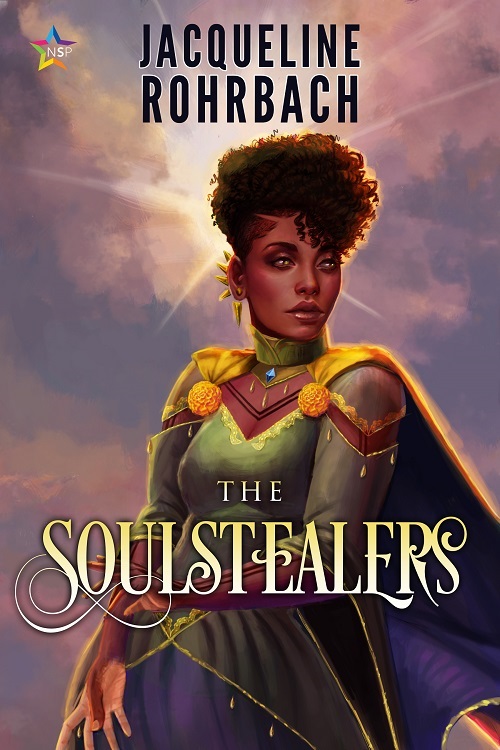 Arnaka Skytree grew up believing she was chosen to bring new magic to the world. As the heir to the cult of druids responsible for keeping their floating palace habitable for the wealthy aristocracy, she’s expected to wield her power as those before her did: by culling the souls of peasant women.

But when Arnaka learns more about the source of her magic, and that her best friend’s soul will be harvested, she embarks on a journey to end the barbarous practice and to restore a long-forgotten harmonious system of magic practiced by the original druids. Along the way, she discovers she’s not the only girl chosen to restore balance to their world—many others have powerful magic inside, and with them, she will tear the floating palace from the sky so everyone can live in the sun—out of the shadow of the eclipse.

END_OF_DOCUMENT_TOKEN_TO_BE_REPLACED

Hi guys! We have K. Parr stopping by with her new release The Sun and Moon beneath the Stars, we have a great excerpt and a brilliant $10 NineStar GC giveaway, so check out the post and enter the giveaway! ❤ ~Pixie~ 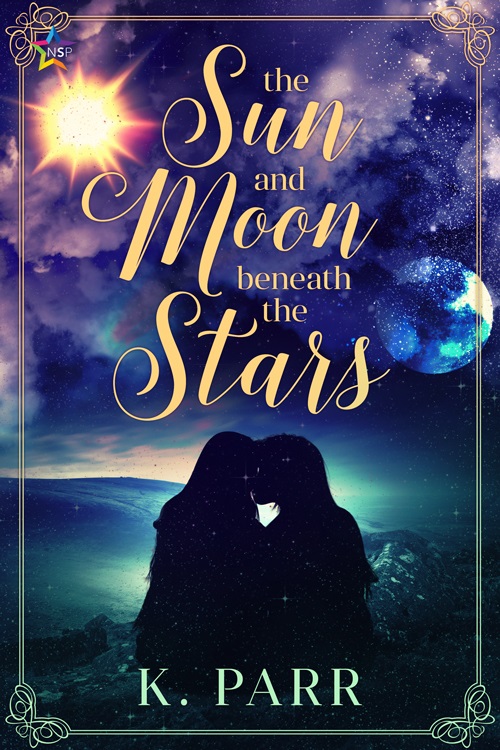 The Sun and Moon beneath the Stars

After being orphaned and forced to work as a palace slave, fifteen-year-old Rasha decides to end her life, but when she plunges a knife into her chest, she doesn’t die. Instead, a strange, icy power possesses her. The last time it took over, someone got hurt, and Rasha can’t let that happen again.

But she’s got bigger problems. Her twin brother is alive, yet held captive by Solaris, a powerful sorcerer. When Rasha runs into Adriana, the selfish princess she once served, they discover Solaris is a common enemy since he destroyed the palace and kidnapped Adriana’s parents.

Together, Rasha and Adriana set out on a rescue mission. Personalities clash and tempers flare, but other feelings surface as well, feelings neither girl could have predicted.

And with the help of a ragtag group of companions, they might just be able to succeed on their quest…until an ancient evil emerges to wreak vengeance on their world.

END_OF_DOCUMENT_TOKEN_TO_BE_REPLACED

Hi guys! We have Tay LaRoi stopping by today with her new release The Tale of A Faerie Knight, We have a great excerpt and a fantastic giveaway, so check out the post and enter the giveaway! <3 ~Pixie~ 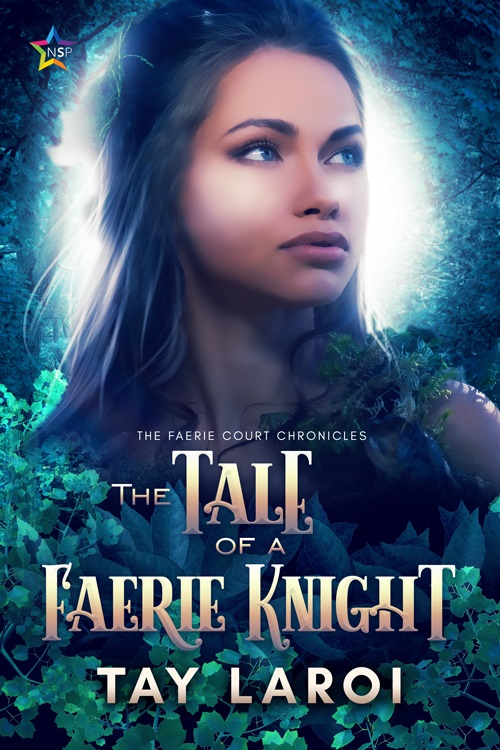 The Tale of a Faerie Knight

(The Faerie Court Chronicles 02)
by

After the fall of Queen Mab, DJ Suzuki resolves herself to an aimless life of entertaining, drinking, and hooking up within the Faerie Realm. After twenty ageless years, she knows she can’t go back to her family, despite the fact that her brother still searches for her and the small voice telling her that her parents might have had a change of heart about her orientation.

When a young woman named Talia shows up at DJ’s workplace desperate for help, DJ sees a way to rid herself of the guilt of staying away: she’ll take Talia where she needs to go if Talia rids DJ’s family of all memory of her. Talia will be safe and DJ will be free to live in the Faerie Realm with a clear conscience. Everyone wins.

Except there’s more to Talia and her situation than she’s letting on. Her pursuers want more than just her. They want the Faerie Court, and Talia is the key to getting it. If DJ can’t get Talia to safety before they catch up, a guilty conscience will be the least of her worries. She just might have a faerie civil war on her hands.

END_OF_DOCUMENT_TOKEN_TO_BE_REPLACED

Hi guys! We have Tay LaRoi stopping by today with her debut lesbian high fantasy novel Portraits of a Faerie Queen, We have a fantastic guest post, a great excerpt and a fantastic giveaway, so check out the post and click that giveaway link! <3 ~Pixie~ Portraits of A Faerie Queen

(The Faerie Court Chronicles 01)
by

In the midst of a summer storm, seventeen-year-old Jocelyn Lennox swerves to miss a strange creature in the road. The resulting accident leaves her mother in a coma with doctors skeptical about her recovery. Desperate for answers, Jocelyn returns to the scene of the accident to discover that the creature was one of the good folk—a faerie. Not only that, but the queen of Faerie herself is willing to listen to Jocelyn’s story and offer her help.

For a price, of course.

The two strike a deal: Jocelyn will paint the queen seven portraits and, in exchange, the queen will heal Jocelyn’s mother. Unfortunately, nothing in the faerie realm is ever that simple. The closer Jocelyn comes to finishing the paintings, the harder malicious magical forces try to ensnare her. If she isn’t careful or can’t complete the portraits by October 31st, the day of the Hallowed Offering, her mother’s life won’t be the only one in jeopardy.

END_OF_DOCUMENT_TOKEN_TO_BE_REPLACED

Hi guys, we have Nikolai Joslin popping in today with his upcoming new adult lesbian release Cold Front, we have a brilliant guest post from Nikolai and a great excerpt for you to check out, so enjoy the post! <3 ~Pixie~ A year ago Casey Kelley lived in a Temple, a secluded school required for mages until they were ready to decide if they wished to stay in the safety of the Temple or if they wanted to venture out into the world. To prove herself she was given the task of defeating a powerful necromancer. Not everything had gone the way it was supposed to.

But now Casey is living her life with her girlfriend and her dog like any normal couple, a quiet, though sometimes boring, life that she had been looking forward too after the events of last year. Until an old friend shows up at her door to tell her dark elves have planned an attack on the Temple and asks her to help him stop it.

It isn’t just the Temple the dark elves want to destroy, it’s everything. After centuries of being forced to live in underground cities and being seen as mere animals compared to those on the surface they’re ready to start a war. And Casey has to build an army to stop them.