Hi guys! We have Mary Eicher stopping by today with her debut lesbian release The Harbinger, we have a great excerpt and a fantastic $10 NineStar GC giveaway so check out the post and enter the giveaway! ❤️ ~Pixie~ 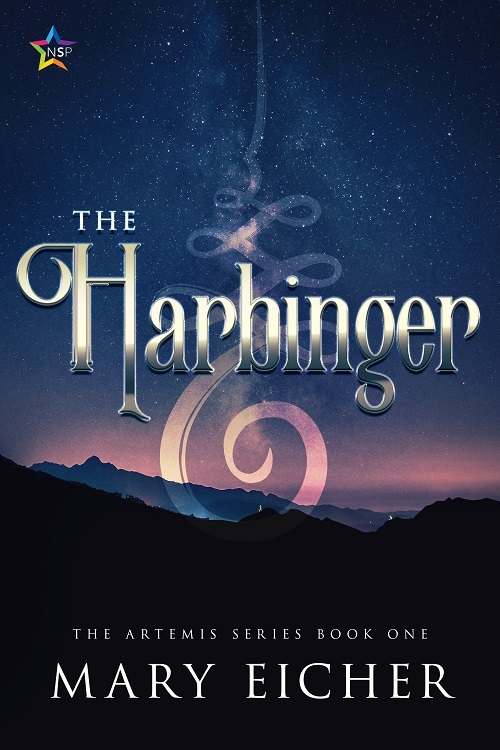 In a picturesque California town, the deafening sound of bells brings dozens of people to their knees. Three days later a horrific accident claims their lives. Among the dead is the twin brother of Artemis Andronikos, a beautiful attorney, who abandons the ill-fated vacation and returns home to grieve.

Her mourning is interrupted by Lucy Breem a reporter who suspects a connection between the strange bell sound and subsequent deaths. Disturbed by the possibility that the phenomenon had presaged her brother’s death, Artemis agrees to join forces with Lucy to investigate the mysterious premonitions. Utilizing her considerable physical and deductive talents, Artemis battles nefarious forces and seeks information from friends in high places. Their research takes them to various global venues. But the solution to the mystery proves illusive and the couple discovers that neither science nor religion can provide an explanation for what has become known as the Harbinger.