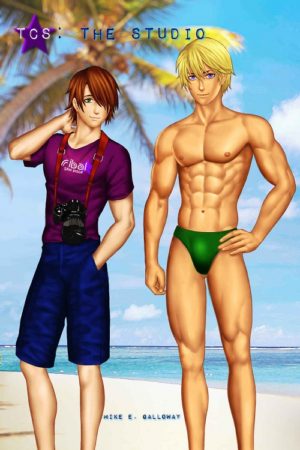 Blurb: Jason Gelardi is a college dropout who wants the perfect life and the perfect boyfriend. With a knack for photography, he establishes Tribal Culture Studio, a modeling agency in San Diego, and hires several hot guys to be models for him. Over the course of his career, he works with a charming surfer, a mechanical engineering graduate student, and a rising water polo athlete, among others.

TCS: The Studio is a coming-of-age experience for Jason as he learns responsibility and self-reliance. Find out which of the lucky studs he can end up with, and how successful he can become at not only love, but in business.

Jason has dropped out and on the lookout for a boyfriend, he decides the perfect career will help him. He can take their photos and get a good look at the man candy while doing it. He falls head over heals for one, takes him out, and lets just say things don’t go the way he wants. Where as his cousin wants to get in and well you can see where that which direction that is going to go.

Jason is a whiny brat who needs to go back to adulting. He has the worst taste in boyfriends and might just cost him. The characters were interesting but they sounded like each other although Jason does have his own voice. However the other two were different people but the way the story was told, one would think they were the same guy. The dialog was off quite a bit.

The plot or what I had assumed was the plot started off pretty good, but then it lost it part way in. The story itself jumped characters which made me want to chuck it. It had no heat and no bite to it to make it stand out. The title alone would have me passing it by, boring as hell. To be honest when I started reading, I was thinking the book was going to just be a porn story. I was glad to find out that was not the case. However by the midway, I would have prefered the porn. Just to give it that spark. The story did have potential but it failed to deliver a top notch story. It was dull and made me not want to finish the story. It didn’t catch my attention like it should have and makes me want to avoid the next books. There was no spark to it, nothing to make it stand out. One one side Jason takes a chance after dropping out of school. However the other side was the fact that he did it hoping to find a boyfriend. It made me think that it was either being told by a teenager with raging hormones or a completely newbie writer.

Now on the plus side, I didn’t see too many grammar or spelling mistakes that one usually gets from an unknown author. The characters while not being separate, do have potential to change their direction. The pace was pretty even, but the jumping made the story hard to follow. This being the first book, it does give Jason a chance at growing into who he is suppose to be.

There was a lot to the story that was not needed. There is more in it that should have been cut out. There is great potential to be a top story however this particular book doesn’t deliver that. So as it is standing, this book was not for me.

I did not chose this book to review. I was asked to review it as a second opinion. The problem is I do not care for these types of stories myself but I read it anyway.

Jason really bugged me at times. I don’t know why he thought he’d find a boyfriend while at work or with models. His whole demeanor just rubbed me the wrong way. I liked the idea of the story but the actual delivery was a huge letdown. Jason needs to grow up so he borrows money and starts taking pictures of hot guys who model for him. A lot of these guys sounded similiar to one another and it was hard to connect with any of the characters in the story.

The story seemed long winded and drawn out when there was no need for it to be so I lost interest before the halfway mark but continued to read. Jason did begin to show signs of maturity. I kept thinking in my head he does know there is no such thing as perfect right? I really hate that word: perfect.

I’m sorry but this story was not for me.

Hi guys, we have Mike E. Galloway stopping by with his latest release TCS: The Studio, we have a great excerpt so check out the post and enjoy! ❤ ~Pixie~ 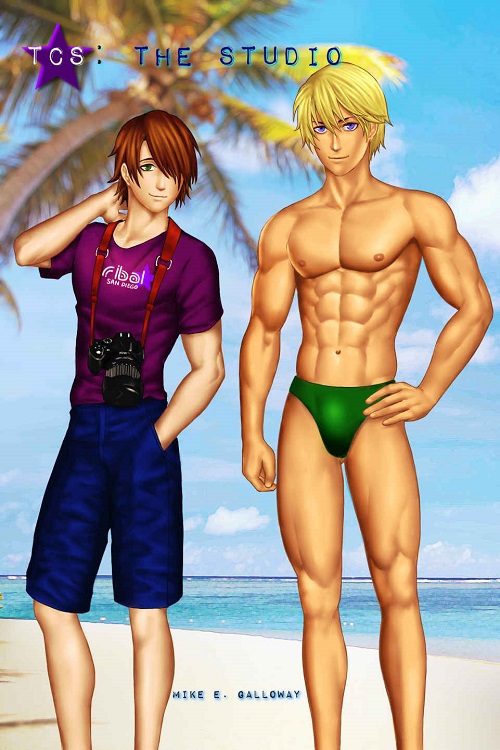 Jason Gelardi is a college dropout who wants the perfect life and the perfect boyfriend. With a knack for photography, he establishes Tribal Culture Studio, a modeling agency in San Diego, and hires several hot guys to be models for him. Over the course of his career, he works with a charming surfer, a mechanical engineering graduate student, and a rising water polo athlete, among others.

TCS: The Studio is a coming-of-age experience for Jason as he learns responsibility and self-reliance. Find out which of the lucky studs he ends up with, and how successful he becomes at not only love, but in business.