Hi guys! We have E.J. Russell stopping by today with the tour for her new release Howling On Hold, we have a great excerpt and a fantastic giveaway where you can win a $25 Riptide Publishing gift card and an ecopy of an ebook from E.J.’s backlist, so guys check out the post and leave a comment to enter the giveaway! ❤️ ~Pixie~ 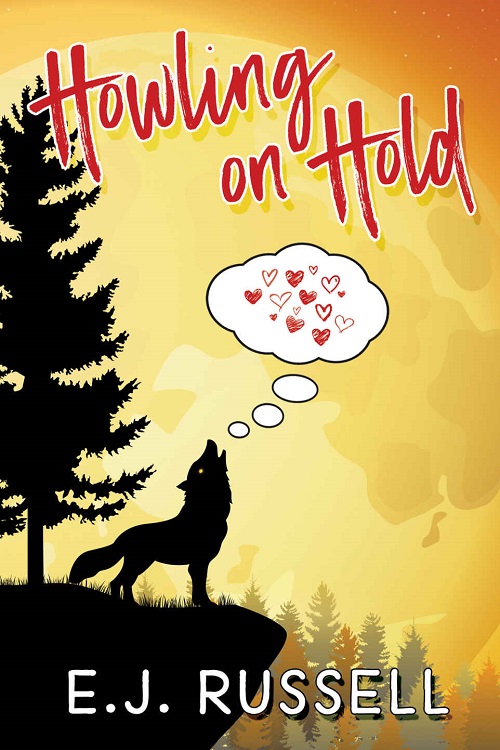 That’s why werewolves embark on a Howling: a three-year rite of passage in which they’re sent to a group residence to wrestle with their wolfy instincts and assimilate into the Wider World. But Tanner Araya’s Howling is almost over, and he could be called back to his remote pack at any moment. His twenty-first birthday might be his last chance to act on his strongest instinct and finally kiss Chase Denney.

Chase is RA at the Howling residence affectionately dubbed “the Doghouse,” and he takes his job seriously. So seriously that when he realized he was developing feelings for a resident, he forced himself to keep Tanner at a distance. But now that Tanner’s twenty-one, he’s not Chase’s charge any longer. They could be friends or—if Chase is lucky—something more. At least until they both return to their home packs for good, as tradition demands.

It would take a miracle for them to get together—especially when the other Doghouse werewolves insist on “helping.”

Warning: Many Frisbees are harmed in this story, forgiveness is not always easier than permission, and the five-second rule does not apply.