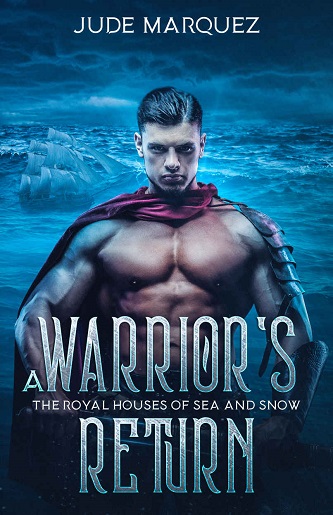 Series: The Royal Houses of Sea and Snow 03

Blurb: With their love stronger than ever and their need for revenge burning, Eamon and Alik will face their most difficult choices yet.

Their enemy pushes too close for comfort. Negotiations fall through after tempers flare and lies are exposed.

When Eamon finds himself captured and alone, he must face his greatest fear: Will he fail his people and his country and leave Alik alone to fight this war?

After all is said and done, will all the sacrifices they made be worth the cost of the throne?.

Review: There are a few surprises in this addition that I was ecstatic about when they happened. Alik is not happy when Sir Clifton is added to the ranks of the army as he sees someone who wants Eamon. Eamon for his part assures Alik over an over he’s the only one he wants.

Plans are made to take out the Vrseal army when the negotiations go south. Then all breaks loose when Eamon and Milet are captured when they attempt to return to Eamon’s home. They have a stowaway on board which sends chaos in motion to those Eamon leaves behind and so they go after the stowaway praying they make it in time.

Edge of your seat and nail biting, this addition is a continuation of the previous books. I loved everything about it from the way Alik and Eamon are to the bad guys to the end. Fantastic series to read. 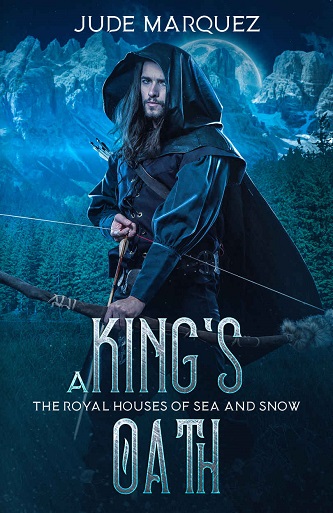 Series: The Royal Houses of Sea and Snow 02

Blurb: With so few allies and no clear choices, Eamon and Alik are left with only one possible chance to regain their standing.

They must leave the Ataton Kingdom and return to Grayhaven to raise an army.

For Alik, going home was the last thing he ever wanted.

But Grayhaven has more secrets and lies than either man could imagine. While they both vow to honor and obey each other, is that possible while they live in a court that thrives on lies and deceit? Will they be able to hold onto the one thing they hold dear?

And when the unthinkable happens and an unexpected visitor returns, is it a signal of hope? Or one of continued loss?

A King’s Oath is the second book in The Royal Houses of Sea and Snow. Expect violence, romance, and a fierce love between two men that will bring the heat level up to a 10!

Review: In this sequel to A Prince’s Duty Alik and Eamon travel to Alik’s home after the brutal attack in the previous book. All is not well in Alik’s kingdom as though who want power try to attempt to take control by any means necessary as plans are hatched and set in motion all the while Eamon adjust to his new life by taking charge of the army and setting things straight.

I love this series. So many things happen that had me on the edge of my seat. I was expecting plans to be made for going after those that hurt both Eamon and Alik’s family and I can not wait for that to happen in all it’s bloody purpose. Though Eamon still struggles with the loss of his brother and friends he strives to make sure he avenges their deaths.

Wonderful story full of emotions, betrayal and twists and turns that I never saw coming. 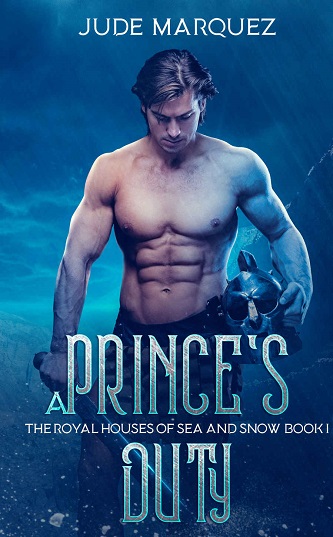 Series: The Royal Houses of Sea and Snow 01

Blurb: Crown Prince Alik of the Grayhaven kingdom is the last remaining heir to his parent’s kingdom.

He knew this day was coming, the day that he would be forced to marry, but he didn’t know that it would be so soon.

He has only request: That he might be the one to choose his future spouse from the royal family his parents have in mind.

Crown Prince Eamon of the Ataton kingdom is the eldest of four siblings.

He is know throughout the lands as the Barbarian Prince, the Bladebringer, the warrior prince that brought a temporary peace to his lands.

He has only one wish: That he and his family be happy, whatever the case might be.

When the Princes meet, they clash, but could it be something more?

With an encroaching enemy breathing down Eamon’s neck and his siblings to think of, will Eamon make the right choice for not only him, but his family, and kingdom as well?

As Alik begins to map out his future and take on the mantle of King, will he be able to let go of his past to move on to something greater than he could hope for?

The Royal Houses of Sea and Snow, Book I: A Prince’s Duty is the beginning of a new series from Jude Marquez. It can be read without having read the previous trilogy, The Cerith Kingdom Chronicles, but does reference events from those books, so read at your own risk!

Book I does end on a cliffhanger, and readers can expect steamy MM sex scenes and violence appropriate to a medieval kingdom right before a war.

Review: Prince Alik and Prince Eamon spend time together and both see a different side to the other. With his father breathing down his neck to marry, Alik refuses to force anyone to marry him. Meanwhile Eamon gathers information on the army about to tear his world apart.

I loved this story. Tense situations, action and romance. I loved both these characters from the previous series The Cerith Kingdom Chronicles and was delighted to learn they had their own story and the start of a new series.

Neither of these two men’s lives have been easy. They both find solace in each other. The enemy army is devastating when it starts trickling into the kingdom. The end of the book left me stunned by the brutality that the men suffered. Not everyone makes it out alive and some I cried at their loss. I am curious how Alik got out and whether or not he was able to save Nicolin.

Amazing and edge of your seat this story delivers a punch at the end. I am looking forward to reading the next book in the series to see what else happens.