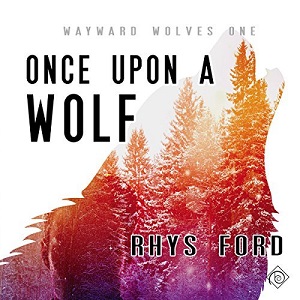 Title: Once Upon A Wolf

Blurb: Gibson Keller’s days are fairly routine: wake up early, get some work done, drink lots of coffee, and take care of Ellis, his older brother, stuck in wolf form after coming home from the war. It’s a simple life made up of long runs on two legs—or four—and quiet evenings…. Until Ellis chases a handsome man off a cliff and into the frozen waters beside their cabin, changing Gibson’s life forever.

For Zach Thomas, buying an old B&B is a new start. Leaving behind his city life, he longs to find peace and quiet, and hiking the trails behind his property seems safe enough—right up to the moment an enormous black wolf chases him into a lake, nearly drowning him. Discovering werewolves are real astounds him, but not as much as the man who rescues him from the icy water, then walks into Zach’s heart as if he owns it.

Loving a werewolf—loving Gibson with all his secrets—has its challenges, but Zach believes their love is worth fighting for, especially since his heart knows the big bad wolf is really a prince in disguise.

Review: A new series with a new feel by Rhys Ford. I must say I’m really proud of this author for flexing her creative muscle and diversifying her writing style. Too often authors get stuck into a cookie cutter format, due to pressure and demands of their readers. If you’re used to Rhys’ in your face, shock and awe, often crazy violent and bloody, hot and sexy reads, this one will surprise you. Once Upon A Wolf is still packed with action, but of a different kind. The opening chase between a dark wolf and Zach, the conflicts between Gibson, Ellis Zach and an enraged officer, all add drama that we expect from Rhys. But the slow build, the sweetness and the flow of the characters discovering each other is unique to this first novella of her new series. This book is a slow sweet burn, leaving me want for more…. I think it’s a good thing! Though I might have wanted a teenie weenie bit more ravaging, these guys were more patient that I was!

The narrator Derrick McClain, was perfect and refreshingly new also, good variance on the different characters’ voices, good tempo, no complaints at all. I’ll have to look for more narration by Derrick for sure!

The sexual encounters take a while to arrive, which I find refreshing, and are passionate, creating soul deep connections between the characters.

Refreshing, new, another side of Rhys Ford’s writing prowess. I recommend Once Upon A Wolf if you’re in need of some adventurous, loving, slow discovery romance. A tender balm to the chaos of our times. 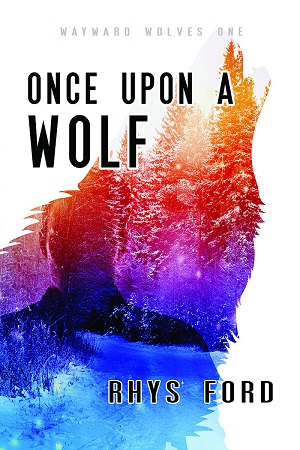 Title: Once Upon a Wolf

Review: I’ve always hoped Rhys Ford would write a shifter book, because no one can do savage and murderous better than her. I finally got my wish….kind of. Once Upon A Wolf wasn’t exactly what I expected, and while Rhys pulled me into the book with her amazing gift of storytelling, I feel like something was missing.

Once Upon A Wolf feels to me more like the introduction to Ellis and the prequel to his book, rather than the love story of Zach and Gibson. Their budding relationship took second place to Ellis’s recovery, and that’s perfectly fine, except this book was supposed to be more about Gibson and Zach.

Gibson is a wolf shifter who has spent the last 2 years of his life caring for his older brother Ellis, whose body refuses to shift back to human after the horrors of war. Ellis’s torment and slow recovery is beautifully done! I love Ellis! The problem is that I don’t feel like I got to know as much about Gibson, since the focus wasn’t exactly on him.

Zach survived a horrible crash that should’ve left him dead, and after a painful and long recovery, this city boy turned his life around and bought an old inn in the middle of nowhere. Getting lost while walking through the woods, he finds himself chased by Ellis’s wolf, and then rescued from a certain death by Gibson. Finding out that wolf shifters exist blows his mind, but Zach immediately feels at home in the company of Gibson and Ellis.

The romance between Zach and Gibson is veeeery slow burn, and that’s mostly because the focus is simply not on their relationship. We are told that they spend a lot of time together, but we don’t really witness any of those times. I expected more, but this doesn’t make this book bad by any means.

One thing is for sure…. I might not have gotten what I wanted in terms of Zach and Gibson, but I definitely can’t wait to read Ellis’s book! There’s so much mystery surrounding him still! I’m looking forward to it!